Aten year old girl from New Yorker who was teased at school is likely making her bullies incredibly jealous these days — because how many of them can say they’ve shown a collection of clothing at New York Fashion Week?

Egypt Ufele, who goes by Ify, didn’t let those fifth-grade bullies at her Queens school keep her down, and instead took the very thing they made fun of her for and used it to make a name for herself in the fashion world. 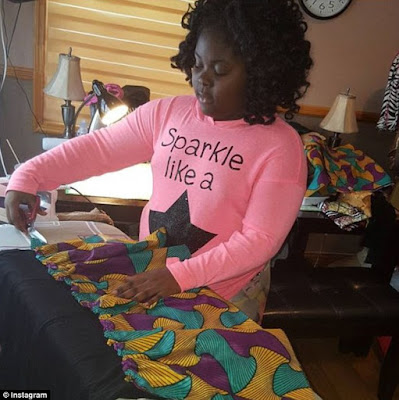 ‘I turned negative attention into positive attention,’ she told the Today show, shortly after showing her debut collection at Fashion Week this weekend. 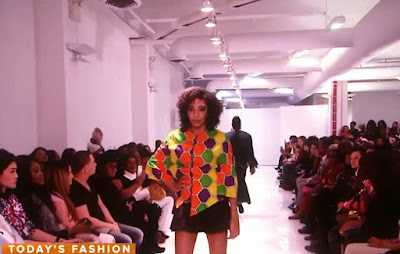 Ify said that some of the other kids would give her a hard time for her weight, explaining: ‘I was bullied and they called me all kinds of names. One time I got stabbed with a pencil.’

Instead of wallowing and changing herself because of their taunts, with encouragement from her mom and grandma, she started focusing her energy on fashion 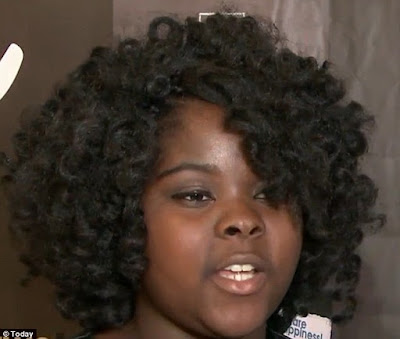 She took the word ‘chubby’ back — creating her own plus-size fashion line that she calls ChubiiLine (pronounced ‘chubby line’).

‘People tell me I’m good at fashion,’ Ify said. ‘Sometimes I give my models ideas, and then we agree on it, and I end up making it.’ 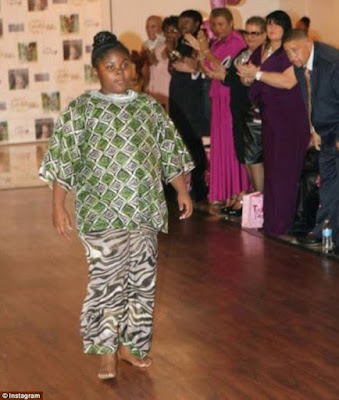 Ify’s been doing the work all along and, according to her grandma Nellie Rembert, takes the process very seriously. 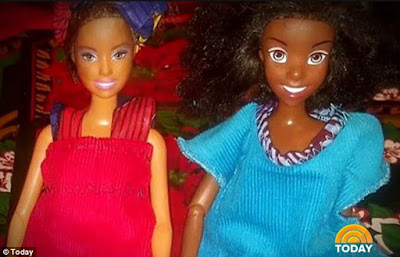 First, the fifth grader started sewing clothes for her dolls by hand. Then, she graduated to grandma’s sewing machine, sketching and designing clothes for kids and adults. 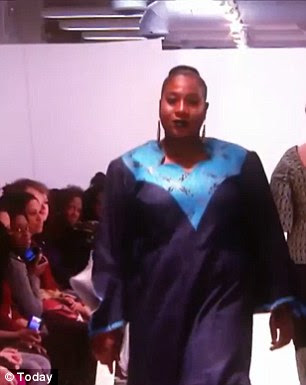 ‘She comes out of school, goes straight into homework, and when other kids are out playing, she’s either cutting patterns or she’s creating new ideas,’ her mom, Dr. Reba Perry, told NY1. 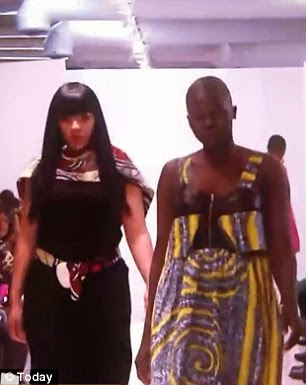 The results — an African-inspired collection packed with bold hues, tribal prints, and shapes that accommodate women and girls of all sizes — have earned her attention from anti-bullying groups and fashion lovers. 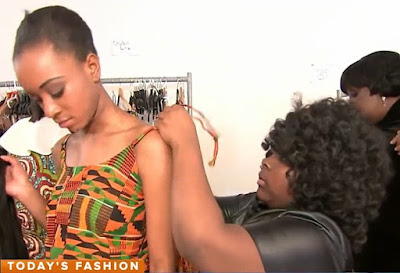 She debuted her collection as part of Full Blossom Magazine’s ‘Face the Sweet’ showcase, sending several grown women down the runway in a range of designs. 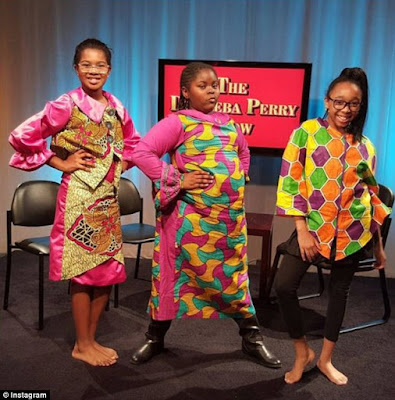 Though there have been other children to show collections at Fashion Week in the past, Ify is the only one to have dressed plus-size women.

She even helped them get ready backstage, tying them up and making sure they were styled perfectly. 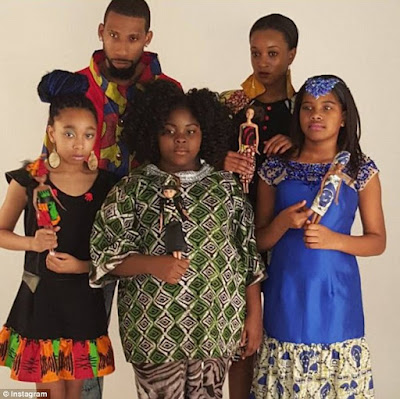 ‘Being a designer and being at fashion shows are really exciting because you get a lot of attention, and a lot of people ask you what inspires you,’ she said.

Mother kills son to save the world

Mom shares a photo of her daughter’s battered face, saying she...

Meet the most successful conjoined twin in the whole world

Boy has been looking after his blind parents since 2006