At least 13 people were killed and almost 200 others injured in northern Tanzania after a 5.7 magnitude earthquake hit the country on Saturday.
The quake struck around 40 kilometers from Bukoba. Images posted on Twitter shows extensive damage to buildings. Tremors were apparently felt as far away as western Kenya, Uganda, Rwanda and Burundi. 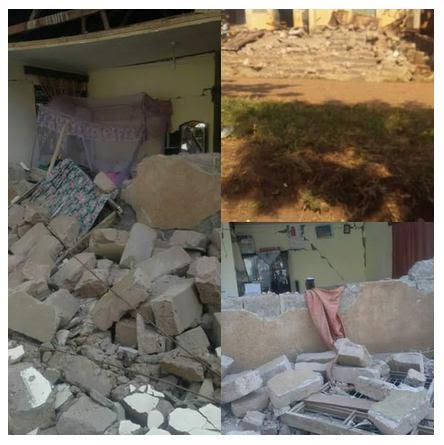 “The toll has climbed from 11 people dead to 13 and from 192 injured to 203,” said Deodatus Kinawilo, District Commissioner for Bukoba.
“For now, the situation is calm and under control,” Kinawilo told AFP. Some people have been discharged from hospital. We don’t expect many more injuries. We ‘ll see tomorrow.”
The epicentre of the quake was about 25 kilometres(15 miles east of the north-western town of Nsunga on the border of Lake Chad.
A statement from the President’s office says that he is shocked by reports of fatalities and injuries from the quake.
“The president is shocked at the reports of the incident that has resulted in the loss of several people, and many others injured and property destroyed,” the statement said. 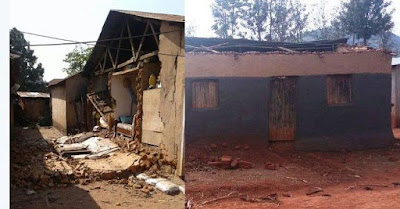 Photos of survivors of the Brazillian footballers flight that crashed

Man eats a live frog starting with its head

Manchester United players looks dapper as they arrived in Germany for...

Rihanna looks stunning in a photo without makeup

Ghanaian pastor caught having sex with a married woman on her...

US presidential candidate, Hillary Clinton down with Pneumonia