A judge Friday ordered three men to stand trial for the killing of a 19-year-old who was shot outside a South Los Angeles carwash last summer over the color of his red shoes.
Kanasho Johns, 28; Dwight Kevin Smith, 30; and Kevin Deon Johnson, 25, will be arraigned on murder charges later this month in connection with the shooting death of Tavin Price, Los Angeles Superior Court Judge M.L. Villar ordered.
Price was at a carwash in Hyde Park about 11 a.m. on May 29 when he went to a nearby smoke shop to buy a soda and was confronted by two men who asked about his gang affiliation because he was wearing red shoes, authorities said.
A woman who had been inside the shop told investigators that Price was asked why he had “all that red on” shortly before the shooting, according to testimony by Los Angeles police Det. Eric Crosson. 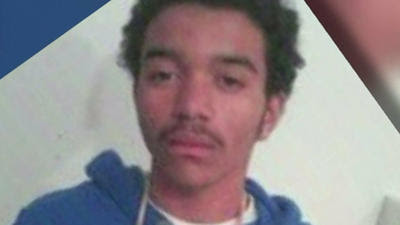 The detective said the woman told police that Price responded, “I don’t gang bang,” and that she told the man to leave Price alone because he was mentally disabled.
Authorities said Price ignored the men and walked back to his mother and a family friend who were finishing up at the carwash. As Price stood in front of his mother, Jennifer Rivers, he was shot, police said.
After the three men were charged with murder last summer, Rivers told reporters that she goes to the Inglewood Park Cemetery each day to visit her son’s grave. She said she still hers in her mind her wounded son asking her if he was going to make it.

“He didn’t deserve to be murdered right in front of my face,” she said at the time.

Antheyst Jarrett, 27, who was arrested in connection with the killing, plead no contest to a charge of preventing or dissuading a witness from reporting a crime last fall and was sentenced to seven years in state prison, according to a spokesman for the Los Angeles County district attorney’s office.
Prosecutors allege that the crime was committed for the benefit of a criminal street gang.
The men will be arraigned Jan. 29.

Lil Wayne told off a private plane for trying to smoke...

No relief for Mutasa

Manny Pacquiao faces a lawsuit for not reporting shoulder injury before...

Vietnamese man set free after serving 17 years in jail for...