A three-year-old girl has reportedly been decapitated in what local media reports are describing as a random attack outside a metro station in Taipei, Taiwan capital. According to Taiwanese media, a man identified only by his surname Wang has been arrested following the attack and remanded in custody. The girl was riding her bicycle a short distance in front of her mother when the man approached, and the mother was quoted by the TVBS broadcaster as saying she initially thought he was going to help her cycle up the hill. When he pulled out a large knife and attacked the girl, however, she was unable to prevent the attack. 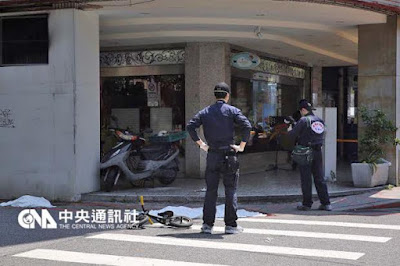 Local media said the man was tackled by passers-by and police were called shortly before noon on Monday. TV footage showed an angry crowd gathered outside the police station where 33-year-old suspect Wang was being questioned. 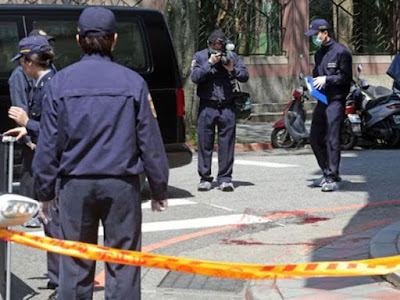 The government-run Central News Agency said he had an arrest record for drug crimes and had been treated for mental illness.

His father, quoted by the Eastern Broadcasting company, said he lived at home and was unemployed.

The girls grandmother identified only as Mrs Liu, told a local TV channel: “I couldn’t believe it. How can something so cruel

Thai man captures a python under his bed with a broom

Kid Cudi is having a mental breakdown, his babymama gets a...

Loved up Wiz Khalifa and Amber Rose team up for their...

Woman beats the hell out of her maid for eating diner...

Kim Kardashian Opens How She Reacted to Kanye West Exposing Their...