Dutch second division side Almere City FC celebrated a victory by reenacting the viral Cristiano Ronaldo & Real Madrid dressing room photo. What stands out most of all is perhaps the player who unashamedly took on the role of Ronaldo, despite having what can only be described as a fantastic Dad bod.
The photo was tweeted by the club shortly after their most recent game and has since received thousands of retweets and shares due to its sharp and very funny attention to detail. 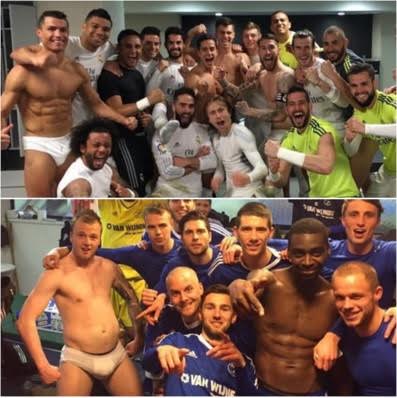 Forbes names Rihanna the wealthiest female musician in the world with...

Graphic- 14 people died in a horrible car accident in Uganda

The Kardashian girls denies ever having sex with The Game

Kourtney Kardashian flaunts her bikini body at the beach

Coup in Burkina Faso-military takes over the interim government