Legendary Beninese-born singer, Angelique Kidjo, rocked her African print to the 2016 Grammy awards which held in Los Angeles yesterday night. Angelique won her third Grammy and dedicated it to aspiring artists on the continent. She won the Grammy for Best World Music Album for “Sings,” a collection of her songs infused with Western classical traditions in a collaboration with the Orchestre Philharmonique du Luxembourg 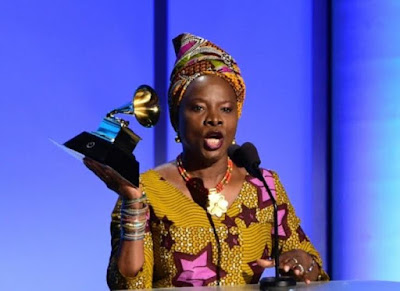 This is the second straight year that Kidjo has won the Best World Music Album prize, after last year’s “Eve” that paid tribute to African women.

A visibly excited Kidjo, ran to the stage to accept the award and danced to James Brown’s “I Feel Good,” performed by a pit orchestra. “I want to dedicate this Grammy to all the traditional musicians in Africa, in my country, to all the young generation. Africa is on the rise, Africa is positive, Africa is joyful. Let’s get together and be one with music, and say no to hate and violence,” she said 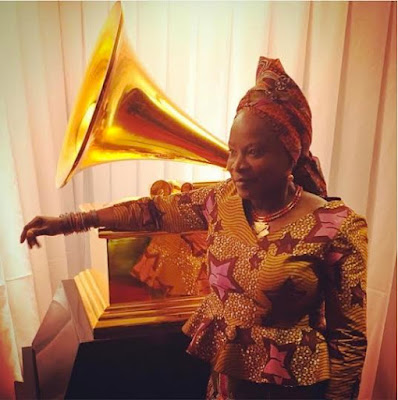 Chris Rock’s opening monologue at the 2016 Oscars was epic

Dispatcher fired after telling 911 caller to deal with it...

Rob Kardashian unfollows everyone on his IG page, goes on date...

Kenyan president’s PA chased away by US security as he posed...

Graphic-Bodies of African immigrant washed on the shores in Libya

“When I have sex with men, it’s very feminine.” British Gay...

Will Smith claims Jada did tell him about boycotting the Oscars