Wayne Rooney’s wife, Coleen took her son Kai out of school to watch England’s match with Iceland which they lost. Images of her son Kai looking heartbroken trended on social media after The Sun newspaper put Kai on their front page mocking Wayne Rooney’s performance for England.
Rather than letting things slide, Coleen Rooney has reacted to the SUN’s use of her son, Kai on it’s front page. 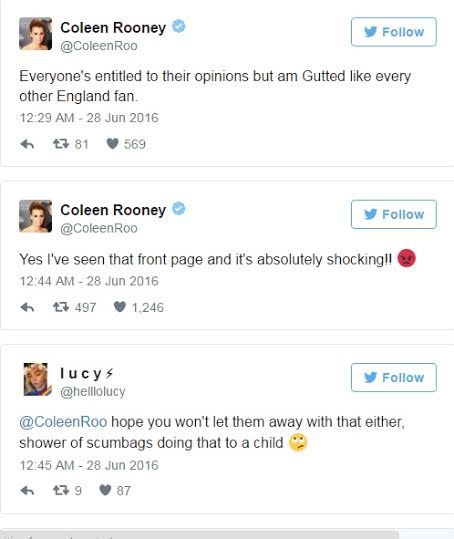 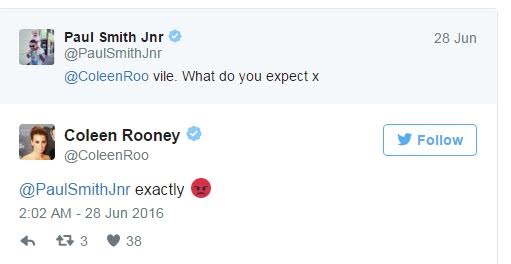 Trump says he won the popular vote and that millions voted...

Victoria Beckham receives an Order of the British Empire (OBE) for...

Charity-Didier Drogba builds a clinic in his hometown Abidjan!

“There is a mutual respect. I view him as a great...