There have been rumours that British singer Cheryl Cole or Cheryl Fernandez-Versini was dating 22 year old One Direction star, Liam Payne,but it’s no longer rumour as Liam shared a selfie of the two of them together yesterday, confirming they were indeed dating. They have been quietly dating for about three months now after falling for each other at X-Factor finale in December. Cheryl recently separated from her second husband Jean-Bernard Fernandez-Versini. 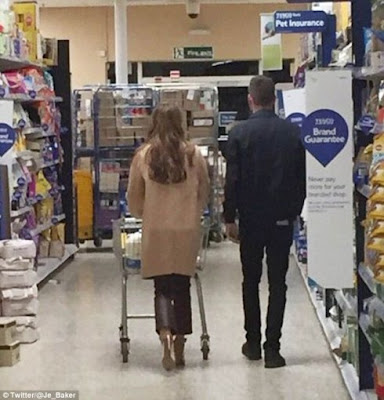 They were reportedly sighted shopping together the other night….

Rob Kardashian and Blac Chyna jets out for a romantic vacation

Russel Wilson proposed to Ciara in a stylish way

Barack Obama and the President of France François Hollande condemns the...

Karrueche Tran says nightclub racism is unfortunate-went ahead and attend

Paris Hilton revealed that she voted for Trump

Cerys Yemms named as the woman who was killed and eaten...

Is Rob Kardashian saying he is dating Karrueche Tran?