Karrueche Tran was spotted on a date with a mysterious white guy, at the Urth Cafe in West Hollywood on Tuesday. Since her split from Chris, the 27 year old has been spotted with a few guys but she’s yet to claim anyone as her boyfriend. She said in an interview a while back that she wanted to give herself time to heal and work on her career before returning to the dating scene. 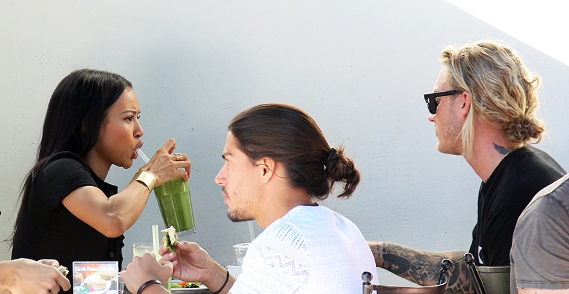 Eleven-day-old infant battling pneumonia in hospital stabbed in head by another...

My rivalry with Cristiano Ronaldo in Spain was very healthy and...

Christina Milian talks about her break up with Lil Wayne on...