Cristiano Ronaldo’s management agency/ legal team have released tax documents showing the footballer earned £191m in 2015, over £500,000 per day, £3.7m a week and £15.9m a month- after a French paper alleged recently that the Real Madrid star avoided paying tax to Spanish authorities by using offshore companies in the British Virgin Islands. 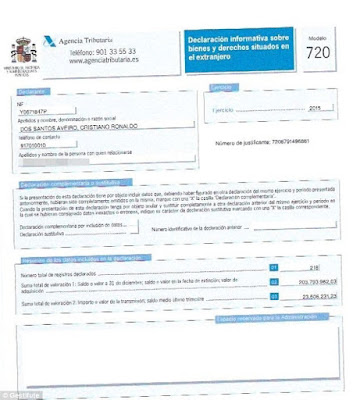 According to the tax documents, released by Gestifute- the Sports agency owned by Super agent Jorge Mendes,
1. Ronaldo has always co operated with Spanish tax authorities and has never hidden tax records.
2. The 31-year-old Portugal international declared just €23.5m (£19.8m) of income from inside Spain, where he works with Real Madrid and made €203.7m (£171m) from other countries.

The company’s statement titled ‘Model 720’ read:
‘This document confirms that Spain’s Tax Agency is knowledgeable of all of Cristiano Ronaldo’s assets and income. From now on, the player will not make any further statement on this subject.
‘As reported in recent days, the player has been aware of his tax obligations right away from the beginning of his professional career in all of the countries in which he has resided, and has not and has never had any issue with the tax authorities of any of those countries.
‘This communication, which was not required by law, constitutes irrefutable proof that Cristiano Ronaldo and his representatives are in good faith and cooperate with the authorities in a spirit of transparency and compliance with legality.’

Earlier this month Cristiano Ronaldo and Jose Mourinho were accused of avoiding paying tax on millions of dollars of earnings by channelling money abroad, according to claims based on a huge document leak. They allegedly moved large sums to the British Virgin 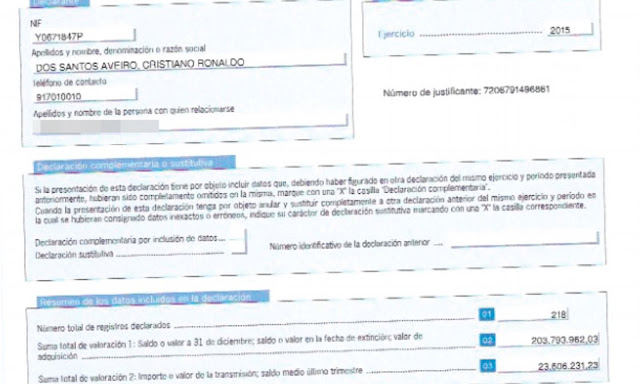 Jennifer Lopez takes her kids out

Jaden Smith spotted with $5000 worth of love rings on his...

Charmian Carr, the eldest Von Trapp daughter in The Sound Of...

Chris Brown’s accuser was stripped of beauty queen crown because of...

Fashion at the 70th Emmys Awards