A FlyDubai Boeing 737-800 crashed in a fireball while attempting to land at a Russian airport. The passenger jet was believed to have flown from Dubai and was making its second attempt to land at Rostov-on-Don airport in poor visibility when it crashed and lit up.
Officials say there were at least 55 passengers and 7  crew members on board Flight FZ981 from Dubai and there were no survivors.

According to reports, the plane travelled from Dubai but because of poor visibility, it kept circling for almost 2 hours. It tried to land the first time but couldn’t, then on it’s second attempt, it crashed and went up in flames. 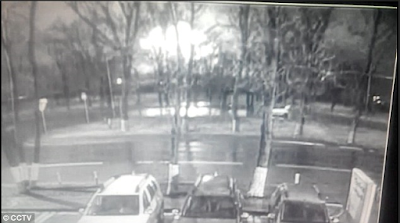 Footage from FlightRadar 24 shows the aircraft made one attempt to land before it declared a missed approach then it circled the airport for a second attempt to land but that was when it crashed. 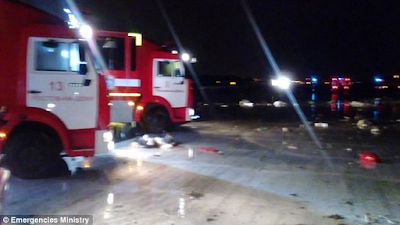 ‘According to preliminary data, the Boeing 738 crashed in poor visibility conditions, some 50-100 meters left of the runway.’

According to The Associated Press, there was rain and winds at the time of the crash. 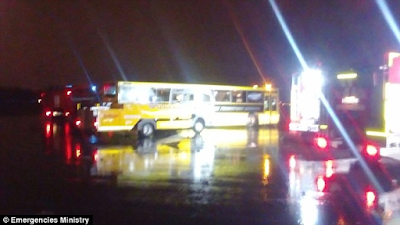 FlyDubai confirmed in a second statement that FZ981 crashed ‘on landing and that fatalities have been confirmed as a result of this tragic accident.’ 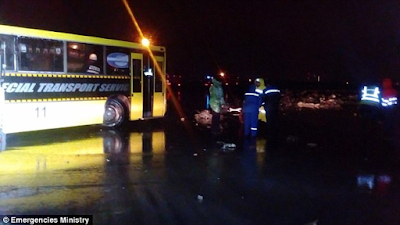 Anti-abortion Republican to resign from Congress after urging mistress to get...