Actor, Gerard Butler of ‘300’ fame and his girlfriend Morgan Brown have split. According to reports, the break up was due to Butler’s inability to balance his relationship with all the female attention he receives.
The source said to Mailonline:

‘Girls throw themselves at him. It’s hard for him to constantly say, “No. Get away from me. I have a girlfriend.”‘ 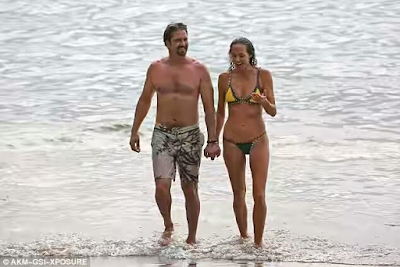 Gerard and Morgan started dating in May 2014 following his split from Romanian model Madalina Ghenea, 27, the previous year. They had a brief split earlier this year and are believed to have reunited in April.
During their split, Gerard was reported to have spent a night with pop star Rita Ora in a Los Angeles hotel back in January.

Jennifer Lopez reveals she made the first move on Alex Rodriguez

Gambia rejoins the Commonwealth of Nations 5-years after it withdrew under...

NFL player Antonio Cromartie evicts his mother from the house he...

Cardi B open up on why she and Offset won’t be...

man who killed his wife in the name of mercy killing...

Shaquille O’Neal wants his family to be the next ‘Kardashians’