Like so many young teenage girls, Magali Gonzalez Sierra loves dancing, music, glitter, pink and make-up. But unlike her friends, this teenager is trapped in the body of a 90-year-old, and has already exceeded her life expectancy of 13 years…. 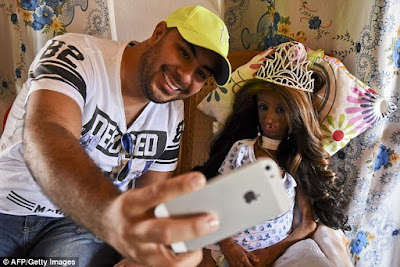 Magali, from Colombia, is one of a few young people around the world to suffer from Hutchinson-Gilford progeria syndrome, a fatal genetic condition characterized by an appearance of accelerated ageing in children. It means her parents live in fear that one day she won’t wake up. 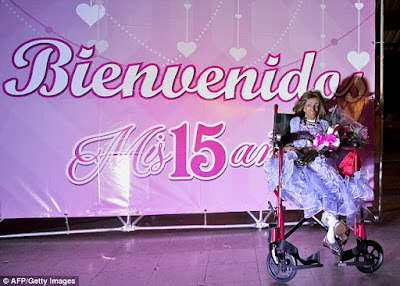 However, though she cannot walk and requires intense medication, this month Magali defied doctors’ expectations to reach her 15th birthday. 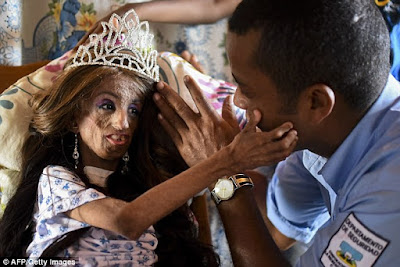 And it made her quinceañera even more special. 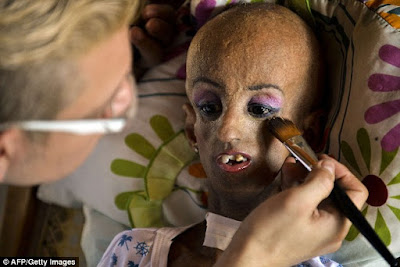 A quinceañera is the Latin American equivalent of a Sweet Sixteen, celebrated on a girl’s 15th birthday.
Dressed as a princess, the birthday girl has a big party with all her friends to celebrate ‘coming of age’.
Speaking to Colombian news site Publimetro, her mother Sofia, 35, said: ‘Magali wants to be 15. She told me she wants her party; that even though she doesn’t dance, she wants us to dance. She wants balloons and celebrations and that people come.’
While there are different forms of progeria, the classic type is Hutchinson-Gilford Progeria Syndrome, which was named after English doctors Dr Jonathan Hutchinson and Dr Hastings Gilford who first described it in 1886 and 1897 respectively. 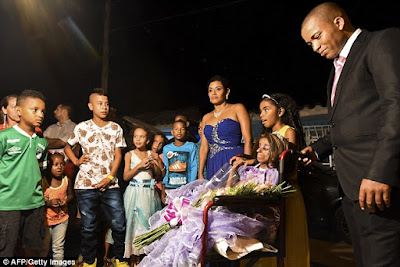 HGPS is caused by a mutation in the gene called LMNA. 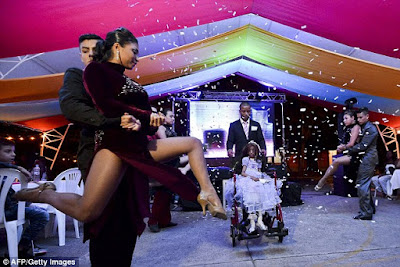 The LMNA gene produces the Lamin A protein, which is the structural scaffolding that holds the nucleus of a cell together.
Researchers now believe that the defective Lamin A protein makes the nucleus unstable.
That cellular instability appears to lead to the process of premature aging in Progeria. 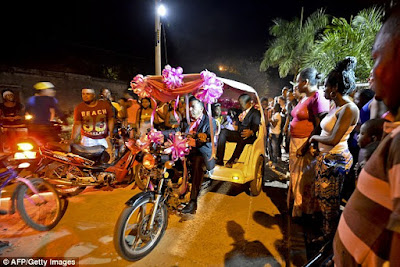 Although they are born looking healthy, children with progeria begin to display many characteristics of accelerated ageing at around 18-24 months of age.
Progeria signs include growth failure, loss of body fat and hair, aged-looking skin, stiffness of joints, hip dislocation, generalized atherosclerosis, cardiovascular (heart) disease and stroke.
The children have a remarkably similar appearance, despite differing ethnic backgrounds.
Children with progeria die of heart disease at an average age of 13 or 14 years.

3 kids from same family died in a car crash

Hip hop artist apologizes over his tribal comment about Ndebeles on...

3 Virginia men shot while sitting in their car and the...

Khloe Kardashian and her boyfriend James Harden kisses during his birthday...