Piers Morgan has slammed Jennifer Aniston again, this time it’s for getting emotional and breaking down at the Giffoni Film Festival in Italy, after a teen fan during a Q&A session asked her if she ever woke up in the morning and didn’t know who she was. Jennifer got emotional as she broke down in tears before saying it has happened to her a lot.

Piers who is a presenter at The Good Morning Britain was left un-impressed by her tears at the film festival this weekend as he made his feelings known on today’s episode of the show. He accused her of “self-wallowing”, and also said she should get a grip as there are more important things to worry about in the world.

‘If it’s going to upset you, don’t put your body out there and do hundreds of magazine covers,’ he said live on TV on Tuesday morning.

You do have a choice,’ he added. ‘Nobody forced her to do naked magazine shoots. When you put your body out there like that, you’re making your body a commodity and everyone can have a slice of  the pie.

Leaping to her defence, his co-host Susanna Reid said Jennifer isn’t “as thick-skinned, as many of us aren’t, as you are Piers Morgan,” to which he replied, “then don’t do it”.

‘Nobody has to post a picture on Instagram or Twitter or Facebook. Nobody in Hollywood is legally compelled to do a naked magazine cover.  If you do that I don’t think you can then go, Oh woe is me, they’re all taking pictures of my body that I’ve just put naked on a magazine cover for the 5000th time. Come on, get a grip. ”

‘Remember, half the world is starving. There are people out there who have no money, no mansion, no Ferrari, no handsome Hollywood husband like Jennifer… That’s my take on this. Get a grip, Jennifer. let’s all just get a grip.’ 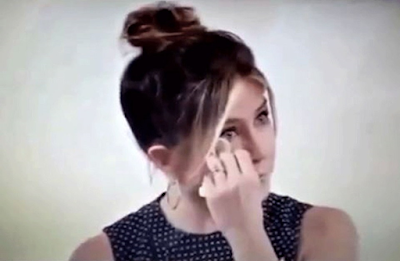 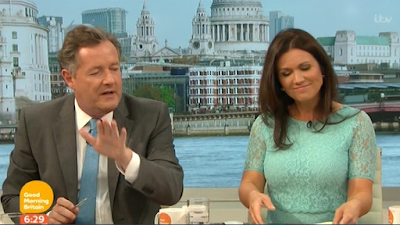 Man who killed Russian Ambassador to Turkey was one of the...

Meet the couple which has given up on sex but still...

Face of the man who perpetrated terror in Tennessee and killed...