Ex- Aston Villa and Wimbledon striker John Fashanu’s daughter, Amal Fashanu has revealed she knows about 7 gay footballers in the premier league who can’t come out publicly because of the criticism and backlash that will befall them if they make their sexual orientation public. 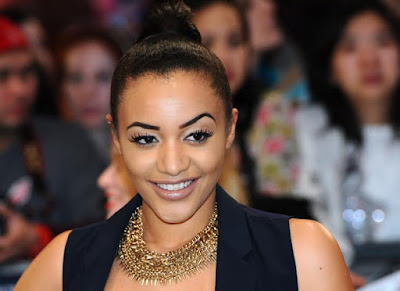 During an interview with BBC Radio 5 Live, Amal, whose uncle Jamal Fashanu killed himself in 1998, 8 years after admitting he was gay, said footballers don’t come out publicly to reveal their sexual orientation because they are trapped in a ‘dark world’. Amal said of gay Premier League footballers:

‘I actually know myself of seven. I will never, ever share their details. ‘I’m not going to out them because I would never do that. You want to be honest, even to help them out, but you just can’t do that. The football world is extremely dark. I don’t even want to imagine being a footballer, what it must be like.’

In her revealing interview, Amal also admitted the toil that having a footballer father can have on a family.

“At times I find myself with a really big wall because you have to protect yourself,” she said. “At the time my dad was playing for Aston Villa and on Gladiators, one of the biggest shows on a Saturday night. “He used to come and present prizes at sports day. And I used to try and win them all just so that I could see him for a little while. “I don’t think people realise how much families of footballers actually suffer. “My mum would try to protect me. So I wouldn’t find out things. But nowadays, with the internet, all you need to do is type in your own name and you can see it. It’s horrible.”

Nicki Minaj insinuates she doesn’t have a Grammy because she pissed...