Justin Beiber has replaced himself as number one on the UK Singles chart. Last week, Canadian pop star Justin Bieber was in the top spot with ‘Sorry’ and now he’s still sitting at number one, but this time it’s with single ‘Love Yourself’. Both singles are taken from his latest album Purpose.
Bieber is also dominating the top five, with ‘What Do You Mean’ taking the number four spot. ‘Love Yourself’ racked up 5.97million streams in the UK this week to move up one spot, according to the Official Charts Company. 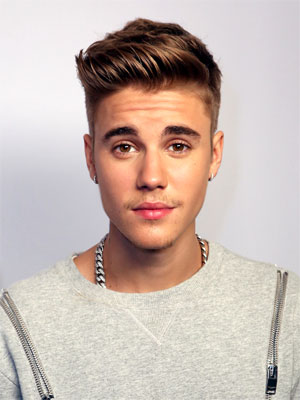 ‘Sorry’ clocked 5.5million streams online and Bieber’s impressive chart feat has also seen him entering the record books again, as only two other artists have ever replaced themselves on top of the UK singles chart.
The last artist to do so was Elvis Presley in 2005, when reissues of ‘Jailhouse Rock’ and ‘One Night/I Got Stung’ hit Number one in succession.
The last living artiste to do so was The Beatles in December 1963, with ‘She Loves You’ and ‘I Want To Hold Your Hand’

‘I mean, it’s incredibly traumatic what happened to her.’ Khloe on...

Nick Cannon is now convinced Kanye West has been cloned after...

Kim Kardashian reveals why they choose to have a girl via...

‘Take off your tight jeans or you’re going to burn in...

Cardi B reveals why she attacked Nicki Minaji at Harper’s Bazaar Icon...

Michelle Obama’s sweet message to Barack Obama on his birthday