Actress Kathy Griffin has apologized for posting a photo of President Trump’s severed head on social media after she received heavy backlash from fans and celebrities- including Chelsea Clinton, CNN’s Anderson Cooper, former Governor, Mitt Romney and a host of others. Even the Secret Service  suggested she may be investigated over the shoot.

‘I am sorry. I went too far. I was wrong’, she also posted a video promising to remove the offending image.

But the apology was not enough to stop an army of critics, both Trump supporters and Democrats from attacking Griffin on social media for the outrageous stunt.

Her long-time New Years Eve co-host Anderson Cooper said he was ‘appalled’ by the photo shoot, which he described as ‘clearly disgusting and completely inappropriate.’ 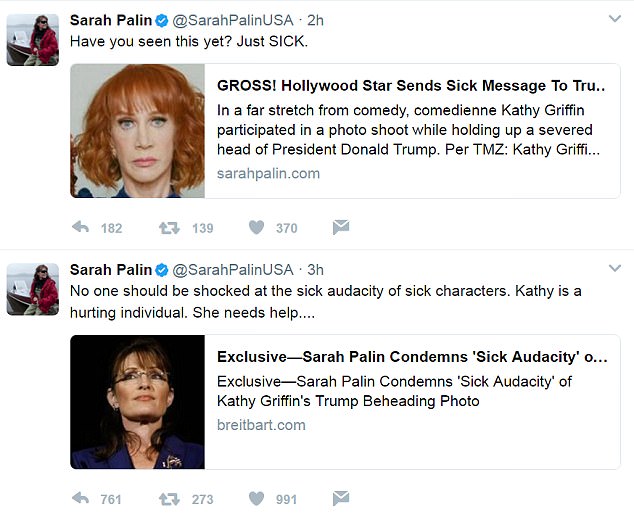 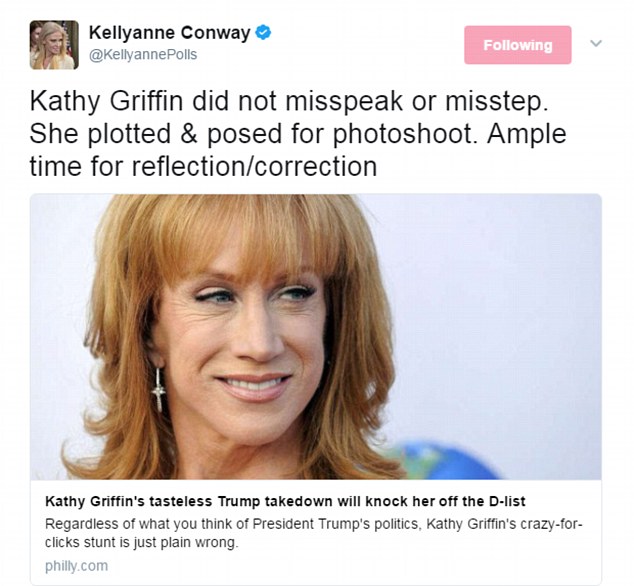 Under increasing pressure from viewers to act, a CNN spokesman that they are ‘evaluating’ Griffin’s long-time role hosting its New Year’s Eve coverage but has ‘made no decisions at this point’.

Man tattoos Trump is not my president on his back

Rihanna and her monstrous fish during fishing trip.(Pictures)

Meghan Markle posed as a tourist outside Buckingham Palace at 15

Kenyan woman shaves her husband’s hair with a knife after catching...

Mel B obtains restraining order against her estranged husband over domestic...

African man kills his German ex-wife and their one-year-old child in...

Iggy Azalea and French Montana kisses on a Yacht

Drake and Rihanna grinding into each other in a night club...