According to the entertainment site TMZ, Khloe Kardashian has thrown Lamar Odom out of the $25,000 house she rented for him after family members found a crack pipe at home. TMZ reports that Lamar is now perching with friends. 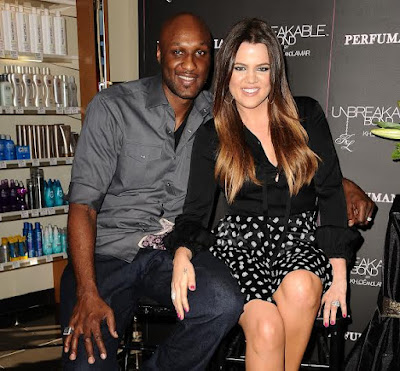 ‘Lamar Odom is a vagabond without a home, after Khloe kicked him out of the Calabasas rental.’
‘As we reported, Khloe rented the $25k a month home for Lamar just blocks from hers, soon after he OD’d in Vegas last year. She wanted to be near him to help in his recovery.’
‘Well, the last straw was dropped last month after family members found a crack pipe on the property. We’re told Khloe threw Lamar out of the 6,400 square foot pad. The lease is up at the end of the month and we’re told she won’t renew.’
‘TMZ broke the story … Khloe filed for divorce in May … for a second time.
As for Lamar … we’re told he’s going from house to house, staying with friends in the Valley.’

Wrongly convicted man of murder for 20 years, found dead in a car

Cat in the habit of stealing neighbour’s underwear, owner wants to...

Indian man chops off hands of the man who raped his...

Binh Phuoc court has sentenced 2 man to death for killing...

Jealous man drowns his dog because it was more attention from...