A Kurdish father identified as Ghazi H, whose 21-year-old daughter, Shilan was shot dead at a wedding in Germany has posted a picture of her in a pool of blood, the Sun reports.
The 50-year-old is demanding justice over the brutal killing of Shilan. Posting the graphic image on Facebook, he claimed his daughter had been murdered by relatives after rejecting an arranged marriage.
The devastated father said that his Kurdish family had fled Iraq and headed to Germany when his daughter was just three years old. Shilan had grown up to be a self-confident young woman with German citizenship, studying property management at college in Hanover.
“It is with the deepest sense of loss and pain that I announce the loss of my daughter. She died in a pool of her own blood, as a victim of a treacherous tradition,” he posted on Facebook. 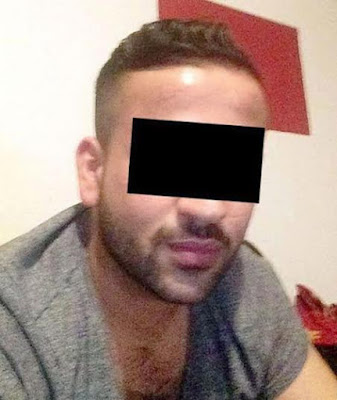 Ghazi claimed that two of his own brothers, Numan and Hassan, had tried to arrange a forced marriage for the young woman to her cousin Sefin, 22, (pictured) but she had refused. Shilan told her father that she did not love Sefin and rejected the arranged marriage.
“She begged me to do something and so I cancelled the engagement. But Numan and his son Sefin, the killer, refused to accept it. They were determined to take revenge to ensure honour was preserved, Ghazi said.
Ghazi said Sefin later shot Shilan with three bullets to the head. Police are allegedly still hunting him but the gun has been found.
“What they did was a terrible crime, against an innocent victim. They seem to forget that we are living here in Europe,” Ghazi said.

Adam Johnson had an all night part ten days before he...

Jennifer Hudson stuns as she promote her Broadway debut in The...

Indiana state set up a box where mother can leave...

Woman beaten into a coma by a roommate she met on...