Video circulating online shows a man biting the head off live frog and devouring its intestines. The video believed to have been taken somewhere in the far east shows the man standing in the middle of a fish market when he picks up the huge amphibian and immediately shoves its head in his mouth. 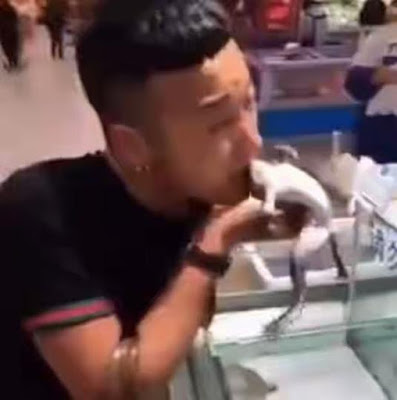 After ripping off the head, the man then proceeds to eat the frog’s entrails as horrified onlookers express their disgust. Despite the reactions of those around him, he appeared to be enjoying his stomach-churning meal and even smiled for the camera. 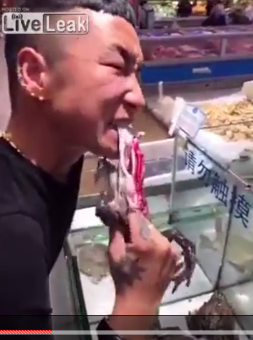 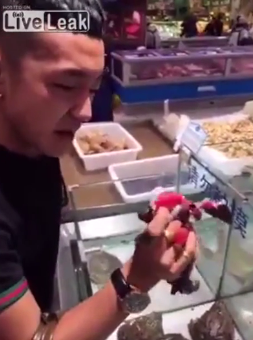 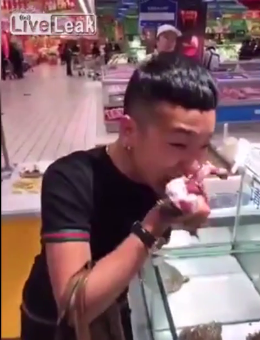 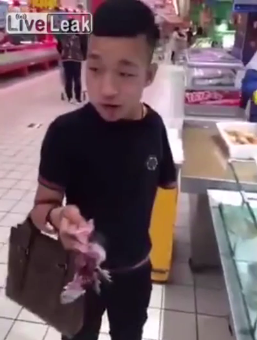 65 year old woman set to break the records and become...

Uproar as Singapore gets first female president without a vote

Australian authorities denies Chris Brown entrance into the country for his...

Store clerk stopped “kidnapping” that was about to take place in...

Zimbabwe to be hit by floods

Pope Francis wants the Lord’s Prayer to be altered