A 40-year-old man in Kisii County, Kenya, was on Monday, February 29, sentenced to 200 years in prison for killing his 4 children. Kisii resident judge, Joseph Karanja ruled that Misati will serve the sentence concurrently for 50 years for each of the four counts of murder he had been charged with.
According to Standard Digital News, the case has been in court since 2013 when Misati was charged with killing his four children, Toto, 3, Brian, 9, Ontoyo, 7, and Naomi Mogutu, 5. 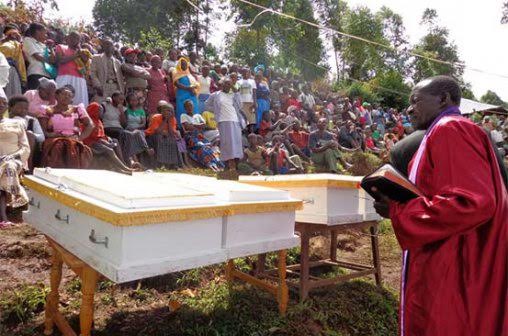 Lukas Misati committed the crime outside their rental houses in Egesa in Kitutu Chae Central, on the night of November 10, 2012 following a feud with his wife, Helen Kemunto (pictured)
In her affidavit, Kemunto told the court that her husband came home on the night of that fateful day, woke her up and said he wanted them to move. She refused and Misati attacked her with a knife. Kemunto escaped with injuries and managed to get treatment at a nearby hospital.
“I managed to escape and went to seek treatment at Kisii Level Five Hospital,” the affdiavit reads. But when she returned home, she found the children missing. 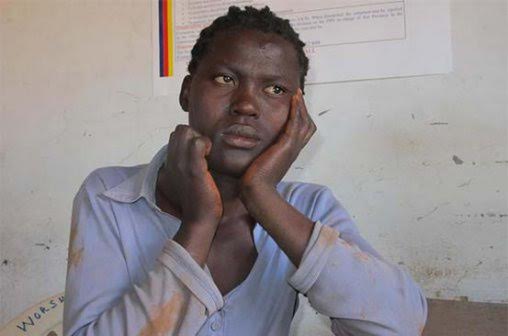 “I thought they had shifted to another house. My husband called our landlady and told her to inform me that i pick my children from a nearby bush. However, one of the children lay dead at the doorstep while the other three bodies were in the nearby nappier grass”
A postmortem carried out on the bodies revealed that the deaths were caused by strangulation. Misati was on the run for one year before he was picked up by the police on November 21, 2013. After his sentencing, Misati recounted that everything happened so fast to be able to tell what happened that night.

Man divorces wife on the wedding night because of too much...

Nude tourist whocause to have an earthquake in Malaysia fined...

Rihanna shares a heart warming message as she turns 27 yesterday!

Rihanna and Beyonce might be insipired by legendary singer Shirley Bassey

87 people killed by military in Burundi