Zack Ruhl, 26 was born with brittle leg bones and missing thigh bones so doctors amputated both over the course of his life. That is as far as his disabilities go. Not only can he do pull ups from his wheelchair, he also has his own gym where he offers free classes to other amputees. 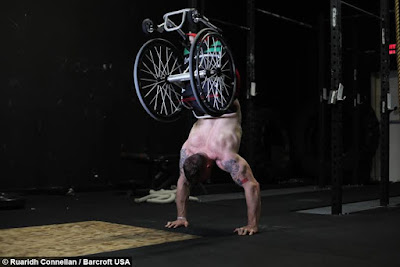 Zack, from Houston, Texas: “Anybody who has ever told me I couldn’t do something – I proved them wrong. “When I am at the gym working out that’s when life’s the best. The one word you cannot use in my gym is ‘can’t.’ That word is out of your vocabulary as soon as you come in here.” 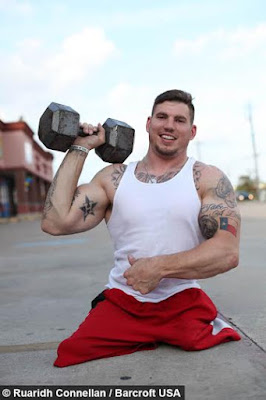 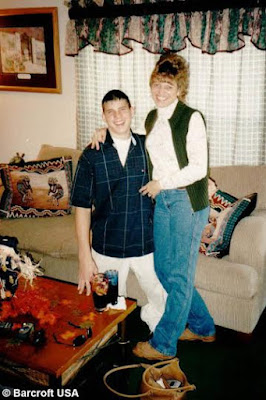 His mother, Cheryl Corbello, was instrumental in moulding Zack into the man he is today, she didn’t treat him differently and made him realise he was no different from the able-bodied.
Cheryl said: “At just seven-months-old I would never just give him his baby bottle, he’d have to crawl in his body cast to get it.
“He used to ask me to leave stuff down on the cabinets for him so he didn’t have to reach up and I told him no – I am not going to be here forever you have to learn to do things yourself.
“I told him he could be anything he wanted and I didn’t care when people told him no, we were going to find another way to tell him yes.”
Zack started playing sports and lifting weights in junior high school but his coaches were reluctant to let him play. 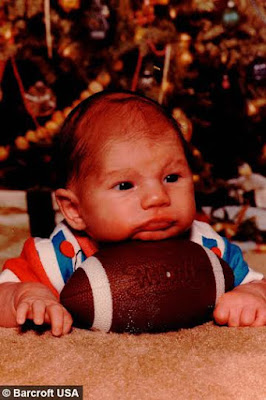 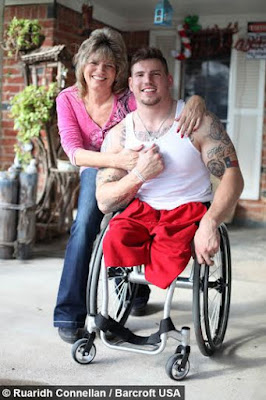 He said: “They didn’t want me to play because they thought I would get hurt.
“I am the most competitive guy I know and in high school they had a chart on the wall where they posted the highest bench press.
“I couldn’t squat or deadlift but I could bench and I wanted to be number one – in freshman year I was third place and I stayed on top until I graduated.”
Zack decided to take his knowledge and strength into his own gym where he could teach other adaptive people how to work out. 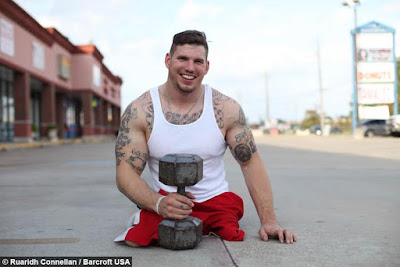 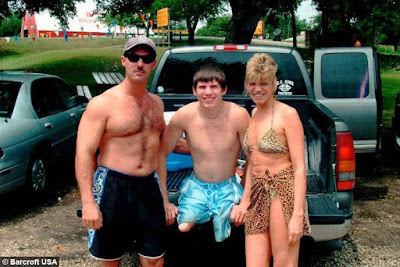 “I feel like I’m a pretty tough teacher. I just don’t like excuses at all.
“Helping other people with disabilities is by far the best accomplishment I can get.
“The classes are free for adaptive athletes because I know how hard it is not knowing what to do and a lot of people in wheelchairs feel like there is no hope. 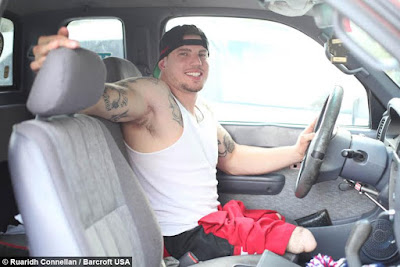 “My message for amputees or any disability would be: don’t let anybody tell you you can’t do something.

“You always have room to grow, just keep going and don’t let anybody tell you nothing.” Source: Barcroft.TV

Woman charged with attempted murder after trying to shoot barber over...

Amber Rose and Wiz Khalifa spotted out with their son Sebastian

Woman sold all her possessions to find Mr. Right

US governors opposes letting Syrian refugees into their states

1st photos of Prince Harry and girlfriend Meghan Markle together

Anyone remembers that Syrian man selling biros with his daughter on...