Mariah Carey was forced to abandon her interview live on Good Morning Britain because of the Las Vegas shooting this morning.
The singer looked horrified as she learned of the shooting live on the show.
Mariah who has just finished a residency at Caesar’s Palace in Las Vegas said 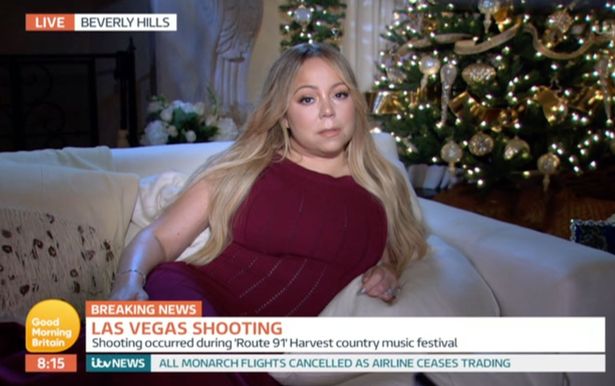 “This is horrible and I pray for the victims – and have they caught the shooter yet?” she asked, speaking from her home in Los Angeles.
“That’s awful – I pray for the victims and I hope that all this can stop as soon as possible.
“I spent a lot of time in Vegas and this type of thing happening anywhere is a huge tragedy and I hope we have an end to this as soon as possible.It’s terrible because people are just going out to listen to music and they’re out for the night and then something shocking like this could happen… it’s wrong, I just don’t know what to say.” 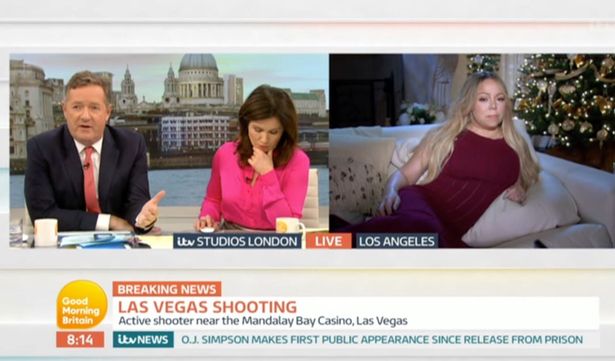 Piers Morgan then announced they would take a break and return to the interview later.

Beyonce & Jay Z on voice on each other at...

Chris Rock take a swipe on Will Smith and Jada Pinkett

Bow Wow says he is ready to change the way he...

I built an app that does triangulation of points on the...