Mary J. Blige has  filed for divorce from her husband and manager, producer Martin “Kendu” Isaacs, after 12 years of marriage according to TMZ
Blige has claimed irreconcilable differences and plans to move forward with a legal split from Kendu. Blige has also asked a judge to block Isaacs from requesting or obtaining spousal support after the divorce.
The couple does not have any children together. Blige and Isaacs were married on December 7, 2003 in a private ceremony. 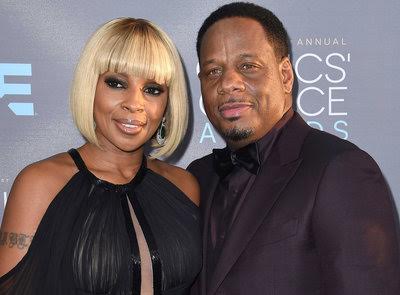 In 2014, Blige talked about the challenges of dating her manager during an interview with Stella Magazine.
“He always has my back — he’s going to fight to the death for Mary J Blige. The downside is that there’s no separation — it’s on all the time. When you don’t feel like answering to your manager, he’s still your husband. If one of you doesn’t want to talk about something right now, you have to respect that. And you have to respect each other’s space.”
Blige also famously banned Isaacs from having friendships with other women.
“All females for me, all guys for him. There’s none of that, ‘Oh, that’s my female friend. Oh, that’s my guy friend.’ No. Not in a marriage, I’ve never seen that work.”

Model has her butt implants removed to be able toparticipate in...

Police found £25m worth of drugs in freezer after tyre fitting...

Jussie Smollett appears in court for hearing on 16-count indictment of...

Beyonce was all shades of pregnancy s she performed at the...