Monica Lewinsky has spoken in detail about her affair with then President Bill Clinton which lasted 2 years.

Monica, who was a White House intern at the time Clinton was president, is speaking about the fear she felt when she was told that she would have to cooperate with the FBI on their investigation of Bill Clinton, or face time in prison.

Speaking in a preview for the upcoming A&E docuseries The Clinton Affair, Monica said:

In order to cooperate and avoid charges and I would have to make monitored phone calls which they would listen in to and record and I might have to wear a wire and go see people in person.

Lewinsky said she was so overwhelmed by this that she began to think of committing suicide a few hours later. She broke down in tears as she recalled this period of her life.

She said in the interview:

The ground completely crumbled in that moment. I felt so much guilt. And I felt terrified.

An FBI agent involved in the case acknowledged this, saying that Lewinsky was “alternating between being hysterical, being angry, being abusive.” 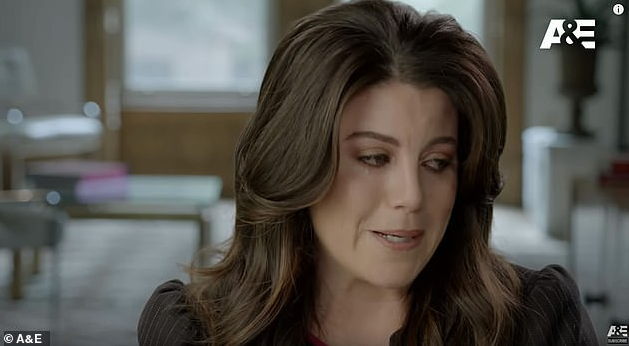 Lewinsky admits that she was not cooperative at the time, believing she had to protect Clinton.

They imagined that I would have flipped really easily. They had no plan in place for what would happen if i said no.

There was a point for me somewhere within these first several hours where I would be hysterically crying and then I would just shut down.

And in the shut down period I just remember looking out the window and thinking the only way to fix this is to kill myself.

Monica broke down at this point in the interview, saying:

Monica’s encounter with the FBI and the aftermath played out at the Ritz Carlton in January 1998, with the Office of the Independent Counsel getting Linda Tripp to set up a meeting with Monica. She was then taken to a room and held by prosecutors until that night.

Lewinsky admits that the thing that made this so difficult for her was the fact that she was still in love with Clinton.

Ahead of the show’s premiere, Lewinsky opened up about the affair in an essay for Vanity Fair. In it, she spoke of her disappointment that Bill does not think he should apologize to her as well as her desire to tell Hillary she is sorry.

Lewinsky wrote in the essay:

The process of this docuseries led me to new rooms of shame that I still needed to explore, and delivered me to Grief’s doorstep.

She then lists off the examples of grief, including:

Grief for a relationship that had no normal closure, and instead was slowly dismantled by two decades of Bill Clinton’s behavior that eventually (eventually!) helped me understand how, at 22, I took the small, narrow sliver of the man I knew and mistook it for the whole.

Monica spoke about her disappointment with Bill over the comments he made back in June when asked if he owed her a personal apology, and her disbelief that it took so long for someone to even ask that question.

Bill Clinton, when asked by Craig Melvin in a June interview  if he owed Monica an apology, replied:

No. I do not – I have never talked to her. But I did say publicly on more than one occasion that I was sorry.

In response to that Lewinsky writes:

So, what feels more important to me than whether I am owed or deserving of a personal apology is my belief that Bill Clinton should want to apologize. I’m less in disappointed him, and more disappointed for him.

Monica admits she owes certain people an apology for the affair with Bill Clinton, writing:

My first public words after the scandal—uttered in an interview with Barbara Walters on March 3, 1999—were an apology directly to Chelsea and Mrs. Clinton.

And if I were to see Hillary in person today, I know that I would summon up whatever force I needed to again acknowledge to her—sincerely—how very sorry I am.

At the time the affair began between the president and his intern in November 1995, Clinton was 49 years old and Lewinsky was a 22-year-old White House employee. 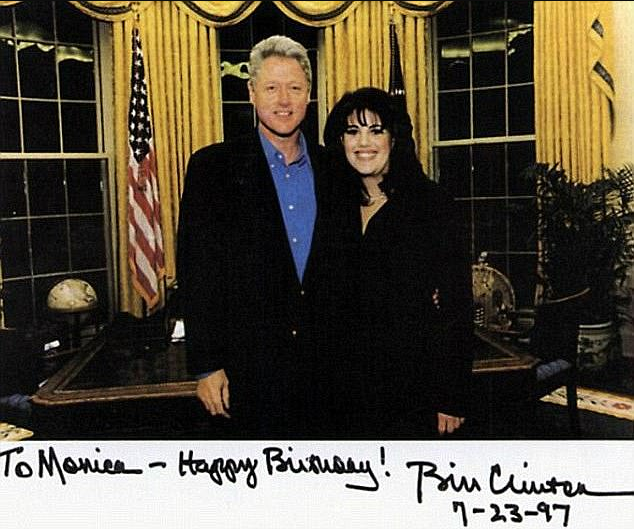 Clinton initially denied having sexual relations with Lewinsky in a sworn deposition back in January of 1998, going so far as to claim that the two were never even alone together in the White House.

But, unknown to Clinton, Monica Lewinsky had already revealed to Linda Tripp that the two were together nine times between that first encounter and March of 1997, and engaged in oral sex multiple times.

The affair became public one day after Clinton’s sworn testimony, at which point Tripp gave tapes of Lewinsky admitting to her relationship to Kenneth Star, who at the time was pursuing the Whitewater controversy and Clinton’s alleged sexual harassment of Paula Jones, a former Arkansas state employee.

Clinton continued to deny reports that he had relations with Monica Lewinsky even after the report broke and famously said in a nationally televised White House news conference:

I did not have sexual relations with that woman, Miss Lewinsky.

Months later, he admitted to the affair and claimed that his definition of sexual relations differed from that of others.

Linda Tripp had worked in the Pentagon alongside Monica Lewinsky when the former White House intern opened up to her about her affair with Bill Clinton. Tripp taped their conversations for months it was later revealed and then handed the recordings over to Independent Counsel Kenneth Starr to avoid facing wiretapping charges.

Germany Chancellor, Angela Merkel to run for the 4th term

2 women accused of the murder of Kim Jong-un’s half-brother, plead...

Lady pours boiling water on her football star boyfriend after a...

Trey Songz accused of sexually assaulting by some lady who shared...