The most wanted suspects wanted for alleged involvement in the 1994 Rwandan genocide has been arrested in neighbouring Democratic Republic of Congo, the UN says.
Ladislas Ntaganzwa, 53, is accused of organising mass rapes and the massacre of thousands.
The US has issued a $5m (£3.2m) reward for his arrest, calling him “one of the main instigators of the genocide”.
Mr Ntaganzwa and his lawyers have not commented on the allegations.
He was one of nine suspects still wanted by the UN for their alleged role in the genocide, which left about 800,000 people dead. The others are still at large. 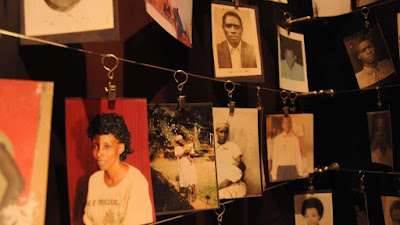 The genocide saw militias from the majority Hutu ethnic group killing Tutsis and moderate Hutus.
Prosecutor for the International Criminal Tribunal for Rwanda (ICTR) Hassan Bubacar Jallow told the BBC’s Focus on Africa radio programme that Mr Ntaganzwa was “a big fish”, even if he was not the most senior person to have been caught.
The ICTR indictment describes his involvement in 1994 in the killing of more than 20,000 Tutsis between 14 and 18 April.
It says he “substantially participated in the planning, preparation and execution of the massacre”.

“he personally participated in these crimes,” his indictment says.

He told a group including Hutu civilians to surround Cyahinda parish, in southern Rwanda, “so that no Tutsis could escape and told them to kill Tutsis”, the indictment adds.
He is also wanted for other crimes.
The ICTR, which is now winding up its activities, has transferred his case to Rwanda, Mr Jallow told the BBC.

Mr. Ntaganzwa might stand trial in Rwanda, as the country requested. Mr. Ntaganzwa is accused of five counts, including genocide and rape as a crime against humanity.

Pastor and his choristers blasted for their entrance into church in...

Saudi Arabia has cut ties with Iranq over the stoning of...

Donald Trump says China is raping the US with their trade...