A woman, 24 year old Louiser Chapman, who came close to death when her placenta tore from her womb and she lost a litre of blood during a serious hemorrhage that saw her heart and her daughter’s heart stop during childbirth is grateful to be alive with her daughter to celebrate their first Mother’s day together. 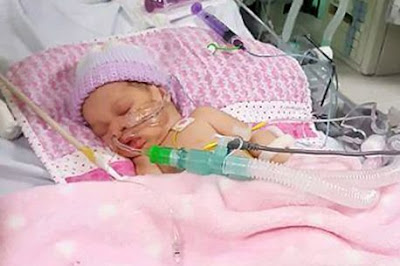 Chapman was rushed for a crash c-section – but during the emergency operation she suffered a bad reaction to the antibiotics and went into anaphylactic shock.
Which caused her heart to stop for seven minutes -thereby causing six days of memory loss – Chatman had to be told every ten minutes that she had given birth to a baby girl. 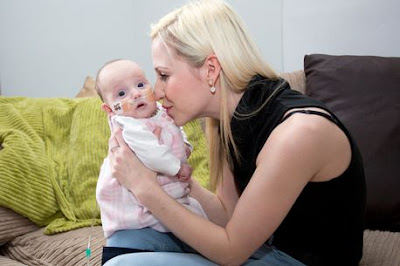 Chapman said she had a normal pregnancy until when she was 30 weeks pregnant and started feeling an excruciating pain in her stomach while she was taking a bath in October last year. She said she remembers she told her 3 year old son-Charlie to give her the home phone so she could call the Ambulance but then she blacked out.
Her partner, 33 year old mechanic, Oliver Kernahan who was at work fortunately got home when the Ambulance arrived and found Charlie by the door. He said Charlie was a hero and “we’re so proud of him.” 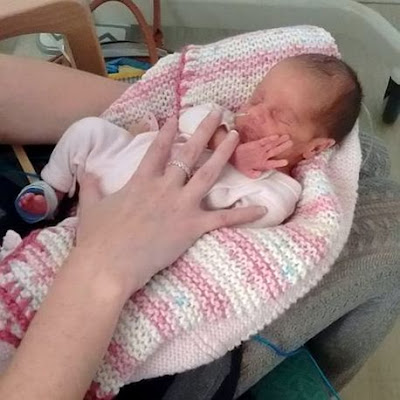 Chapman was rushed to the Princess Royal Hospital in Haywards Heath, West Sussex, where a scan revealed her placenta had torn from her womb. She was transferred to Royal Sussex County Hospital for a c-section but had a reaction to an antibiotic, cefuroxime, and doctors desperately fought to resuscitate her.
They put her in an induced coma for ten days and her ten-week premature daughter spent the first days of her life in an incubator.
When Louiser came out of her coma, she was left with a short-term memory – likely due to the trauma – and nurses wrote her a birth diary to record the precious moments she had lost.
Louiser said:

“I really can’t remember anything about giving birth. “My partner Oliver and the doctors had to fill me in on everything that happened so everything I know is second hand.

“It was so upsetting – it’s so important for new mums to bond with their babies when they’re born, and I couldn’t do it. “They wrote down when Olivia was born and how much she weighed, as well as who had come to visit me in case I forgot.

“It was lovely as when I woke each morning, I got upset as I had forgotten what happened yesterday. So looking at my diary helped me.” 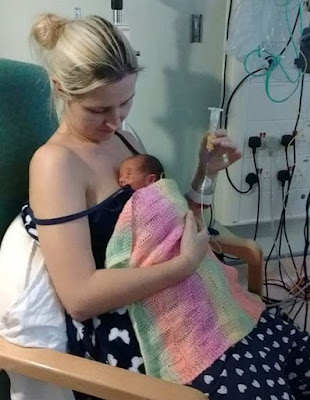 Little Olivia weighed just 3lbs and 2 weeks after she was born,  the family was told she had a hole in her heart but were told that with time, they were confident the hole would close by itself and were released to go home. 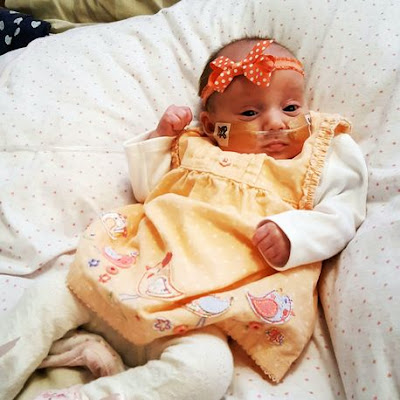 “I had just fed her and then lay her on my chest. I took her upstairs pulled her away from chest and she was blue and floppy,” “She wasn’t breathing. I panicked, I didn’t know what to do. I was in an absolute state.

“At first I passed her to Oliver, but then my training for work kicked in. I’d been taught CPR and I started giving her rescue breaths. Finally she gave out a cry.”

She was rushed to East Surrey Hospital where doctors found out that Olivia had caught bronchiolitis and pneumonia which had affected her upper respiratory system.
Chapman added:

“There were doctors all around her, they gave her CPR, two blood transfusions. “It was horrific. When I later saw her in intensive care I thought, ‘How is she going to come back from this?’ “I didn’t think she would survive, there were times when I just couldn’t think of the positive.” 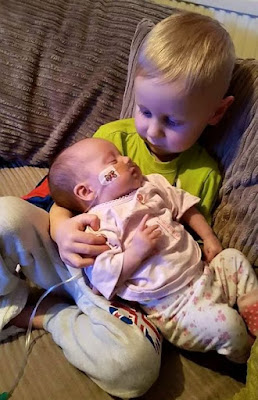 The family spent last Christmas in hospital and after six weeks on the ward, little Olivia was allowed to go home – but has to use an oxygen tank.
The little fighter has needed lots of treatment, but now four-months-old, she’s back home and the pair have an extra special bond. 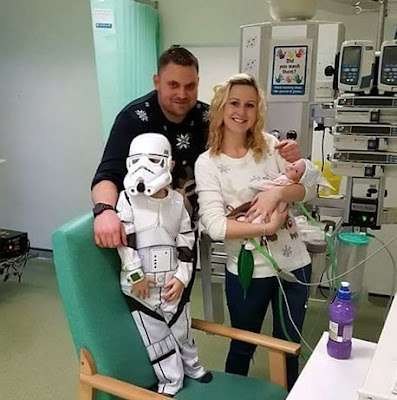 She’s still using the oxygen tank, the family say it’s difficult getting used to Olivia using the tank but they are very grateful to have her here. They have to do everything with the oxygen tank attached to her and make sure they never leave it empty.
Chapman said: “There was a point when I really didn’t think we’d get get here – we really thought we’d lose Olivia.
Source: UK Mirror

Kim Kardashian and her baby bump in Hollywood

Iowa man spoils the market for beggars after he offered them...

Khoe Kardashian flaunts her hour glass figure at the gym

Man rips his shirt to cover a newborn baby from a...