An English woman, Kim West gave up her son, Ben Ford for adoption 30 years ago. Ben who was living in the US was able to track her down in 2013 and sent her a letter to let her know he was her son. Ben who had been married 2 years prior to contacting his mum began exchanging phone calls with his mum before they agreed to meet up.
Kim said when they met, it seemed like they had known each other for years.
Kim who is an interior designer said after she met her son, Ben Ford, 32, she started having sexy dreams about him and then realized she was sexually attracted to him so decided to look it up on the Internet. She said while surfing the net, she came across an article on Genetic Sexual Attraction (GSA), and felt like a weight had lifted. 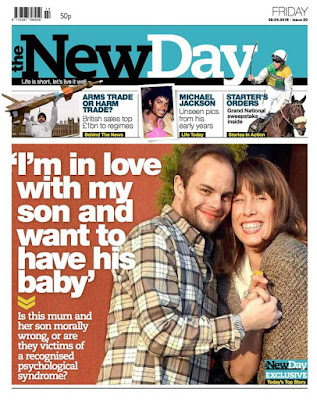 She said the first time they met was in a hotel, she shared they kissed and it progressed from there.
But the couple, who say their sex life is ‘incredible’ and are planning to get married, insist their relationship is not incest, the New Day reports
Kim has now been in a relationship with her biological son Ben Ford, 32, for two years and believe they are ‘meant to be’. She said they are now in love with each other and are trying for a baby together. 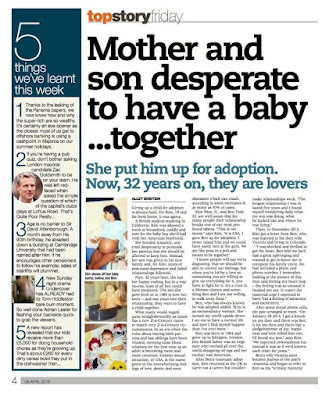 Ben who was married for 2 years to his wife Victoria has since divorced her to be in a relationship with his mum. He said his wife was disgusted when he told her but he insisted that the relationship wasn’t incestuous.

They claim it is ‘Genetic Sexual Attraction’, a term used for relatives who feel sexual attraction for each other after meeting as adults.

“doing the terrorists’ work for them,” Barack Obama to Trump

Tich Mataz in court for smuggling clothes into the country

OneNote for iOS and Mac lets you attach files

Trump to deport 3 million immigrants and build a war