Iraqi women have celebrated being liberated from the gruesome rule of ISIS regime, by throwing off their hated ‘niqabs’ (a cloth that covers the face as a part of sartorial hijab, mostly worn by faithful Muslim women in public areas) in parts of the city of Mosul.
Over the weekend, a video emerged of women dressed in brightly coloured dresses and scarves discarding the dreary, black niqabs, which they had been forced to wear by their ISIS overlords.
The women are seen hanging up the black clothes on a fence. ‘Today I feel reborn,’ said one woman as she threw off the hated symbol of oppression by ISIS.
Meanwhile, under the ISIS regime, women were also not allowed to wear branded or masculine clothes, or clothes with designs that would attract attention from men. The ISIS lords, therefore made the wearing of a niqab or burka mandatory for their women, making them face severe punishments when they refused to adhere.
The terror group had claimed that the oppressive laws were ‘not a restriction’ on women’s freedoms, but were ‘to prevent them from falling into humiliation and vulgarity or to be a theatre for the eyes of those who are looking’.  Earlier this year, there were similar scenes of the terror group enforcing the wearing of niqabs, until they were driven out of the city of Manbij in Syria.

However, crowds of delighted women and children took to their streets, to pray, cheer and clap as a bystander set her burka ablaze, as pictured above. 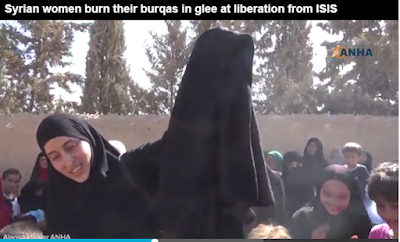 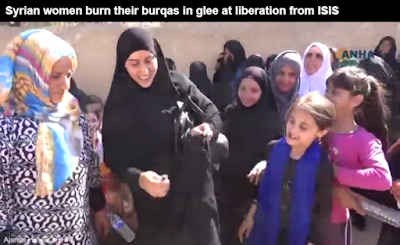 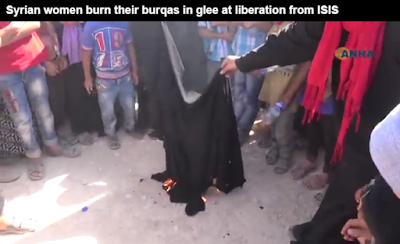 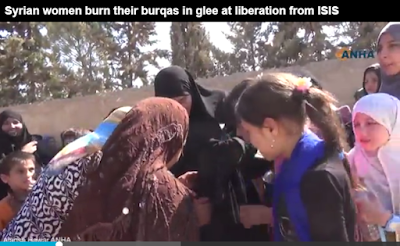 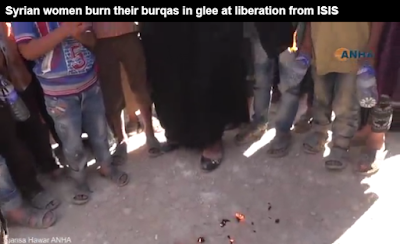 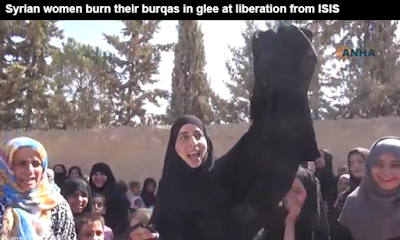 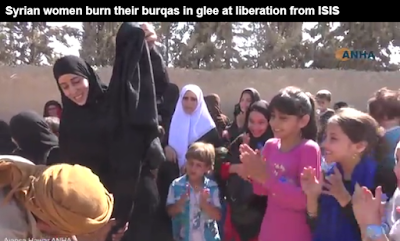 Woman who claims she was raped by Neymar threatens to release...

Graphic-ISIS commander’s body paraded in a glass coffin whilst being handed...

Facebook founder shares an adorable photo with his daughter

London fire- death toll rises to 17 and still expected to...

Café offers oral sex while you drink coffee to open in...