Almost 48 deaths have been recorded in Baghdad following a car bomb explosion in the Shia area of al-Bayaa in the south of the city. The explosion came from a car which was filled with explosives and parked near a car dealership in Shia.
This is the third blast to occur in Baghdad in three days. The first car bomb attack occurred on Tuesday in the south of Baghdad while another attack on used-car dealers happened on Wednesday, killing 18 people. 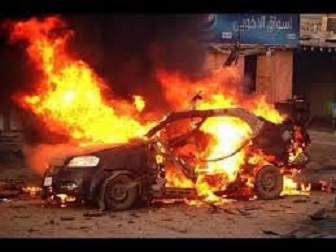 Asides the 48 people killed in today’s bomb blast, security and medical sources say that over 50 people were injured.

No sect has claimed responsibility for this latest attack.

Jay Z enjoys life with his daughter as they head to...

Gary Lineker’s brother responds to the breaking news that he actually...

Russell Wilson Takes Baby Future on a Trip without Ciara

French police says one of Paris massacre attackers is disguising himself...

Philando Castile’s family, has agreed to a $3M settlement