Former NFL player Darren Sharper has been sentenced to 20 years in prison for drugging and raping multiple women in Los Angeles. Darren Sharper appeared in a LA courtroom on Tuesday, where a judge sentenced him to prison.
Sharper pleaded no contest to charges in California of rape by use of drugs and furnishing a controlled substance. 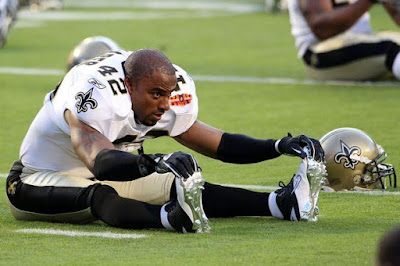 Sharper had approached two women at Bootsy Bellows, a nightclub in West Hollywood in October 2013. He invited them to another party, but said he had to stop at his hotel. Inside his room, he offered the women drinks. One woman woke up to find herself naked, and Sharper sexually assaulting her. Weeks later, Sharper was at the same nightclub and invited two women to a party. Again, he stopped at his hotel. After the women woke up, they sought medical treatment.

His 20 year sentence will be served in federal prison at a location to be determined by the Federal Bureau of Prisons, according to the U.S. Attorney’s Office in eastern Louisiana. He would also have to register as a sex offender for life upon his release.

Graphic-women gets an infection after bad booty shots-it’s eating up her...

“Pregnancy is the worst experience of my life!”-Kim Kardashian

Rick Ross dishes his expensive closets to the world

Angry girlfriend pastes sanitary pads all over her Boyfriend’s car after...

Transgender woman beats 5 men on the streets of London for...

Check the lady who is claiming to be Nicki Minaj’s look-alike.

Usain Bolt spotted leaving a nightclub with a blonde