North Carolina passed a religious bill which made it legal for businesses to decline services to others based on their religious belief. For example, Pastors couldn’t be forced to marry LGBT people, bakers couldn’t be forced to bake cakes for the LGBT community if they didn’t want to etc. North Carolina is currently debating on a bathroom bill which asserts that people should only use public bathrooms based on the gender they were born with. Well this has caused a lot of problems for the Governor of the state, Governor Pat McCrory.
A lot of people have called him a bigot and so many other names while others including Ted Cruz and Donald Trump have applauded the idea. Artists have canceled their gigs in protest of what they call the ‘Anti LGBT’ bill. Coca-Cola, PayPal, Delta Airlines, The NFL and so many other companies have boycotted North Carolina.

Retail giant Target decided to get involved in the ‘bathroom issue’ and said everyone could use whatever bathroom they wanted, which meant transgender male could use the female bathroom and vice-versa, not everyone was thrilled with the idea.

Well, a small town in Oxford Alabama that has a population of about 20,000 took it a step further.

In Oxford, there is one Target department store, so on Tuesday, the City Council in the small Alabama town decided to take on retail giant’s new inclusive bathroom policy and made it illegal for anyone to use a public bathroom that doesn’t align with the gender they were born with.

The new law, approved unanimously by the council’s members, restricts a person’s use of public bathrooms and changing rooms to the facilities designated for use by those of the gender listed on his or her birth certificate. The law applies within both the city’s limits and police jurisdiction.

Anyone who is found to have violated the law would be fined $500, or sentenced to six months in jail.
Some people applauded the law while others condemned it. Some mixed reactions below.. 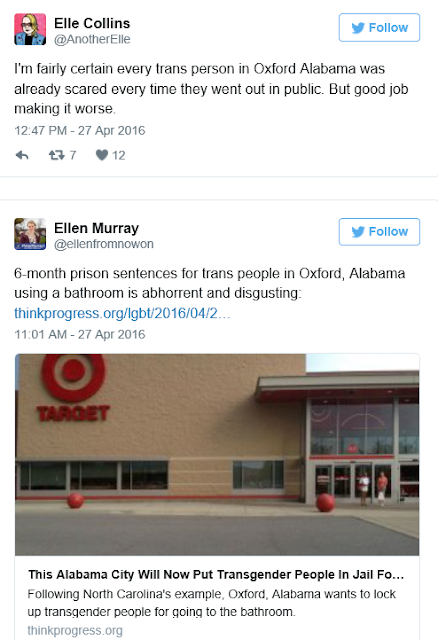 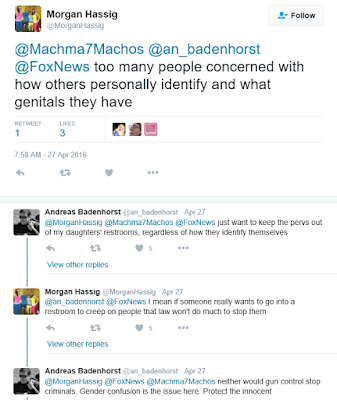 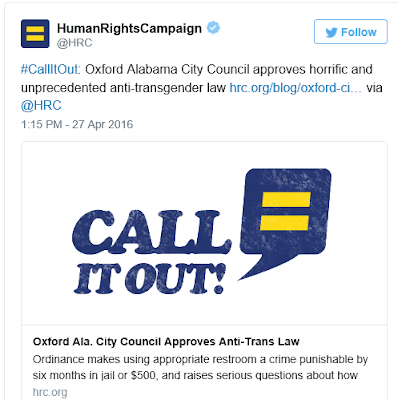 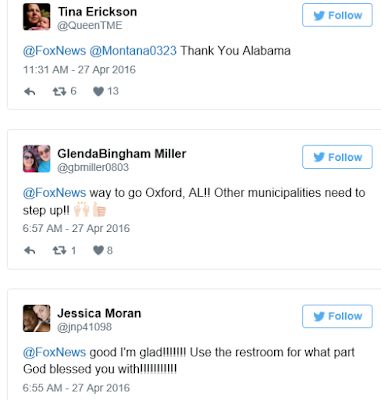 Since Target announced it’s policy change on April 19th, the American Family Association has garnered over 900,000 signatures in favor of boycotting the business.

Khloe Kardashian has finally made peace with brother Rob

Woman dies whilst having sex in a car

Stranger’s humble act towards a new mother with crying baby on...

“doing the terrorists’ work for them,” Barack Obama to Trump

Photos! DJ Khaled and his son Asahd to his first ever...

Difference between Obama’s visit to Kenya in 1987 and yesterday

Barack Obama blasted for his $400,000 speech to Wall Street

Dog set a world record as it traveled through longest human...