Two sisters were shot dead a few days ago in an honour killing in the Punjab village of Noor Shah, Pakistan by their brother. Fauzia, 23, and Surayya, 21, were shot in their beds by Mohammad Asif, because he “doubted their characters and was against their lifestyle”. He then fled the small farming village.
The girls’ distraught father, 56-year-old Muhammad Ashraf, flew home, paralysed by grief and shock. He has lived in the United Arab Emirates for decades, where he drives a taxi. 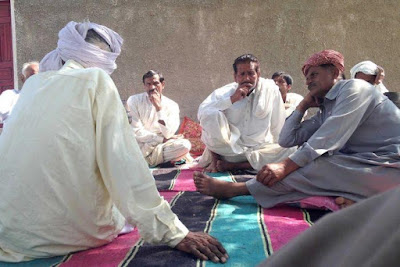 Sahiwal’s district police officer, Muhammad Baqar Raza said their accused killer had also murdered his mother in 2011. Her apparent “crime” was a sexual relationship with a local criminal. Asif was freed after his relatives forgave him.
“Had he been brought to justice, this should not have happened again,” said Wali Khan, a Noor Shah village resident.
“This time he must be punished duly to save another tragic incident from happening.
Killing in the name of honour is common in the traditional parts of Pakistan.
Law Minister Pervez Rashid told the national assembly recently that 933 people died in honour killings over the past two years. The majority of the reported cases were in Sindh province.
But Pakistan’s Human Rights Commission put the figure at around 1,000 a year, and in reality it is much higher, as many cases are never reported. Procedural legal flaws are also blamed for the lack of convictions.
“Many of the crimes carried out by relatives are never prosecuted,” said human rights activist and legal expert in the city of Mardan, Akbar Hoti.
The Sahiwal district police officer investigating the killing of the two sisters, Muhammad Baqar Raza, shared that view.
“The police do their job well, but the criminals get released from the courts because of the procedural laws,” he said.
Photos: Mourners gathers outside the victims’s home

Terror-36 christian quarry workers gunned down by El-Shabab in Kenya.

Bonang speaks out on her alleged affair with AKA

Air India crew member dies after being sucked into the plane...