A photo of Prince Harry’s wife to be, Meghan Markle,posing outside,Buckingham Palace has emerged . The photo was taken at the age of 15 little could Miss Markle know that 21 years later she would be engaged to a member of the Royal family.

The  image, taken during a European summer trip in 1996 with her friend Ninaki Priddy, has emerged the day after her engagement to Prince Harry was celebrated around the world.
‘I’m not shocked at all,’ said Miss Markle’s childhood best friend Ninaki Priddy. ‘It’s like she has been planning this all her life.
‘She gets exactly what she wants and Harry has fallen for her play. She was always fascinated by the Royal Family. She wants to be Princess Diana 2.0. She will play her role ably, but my advice to him is to tread cautiously.’ 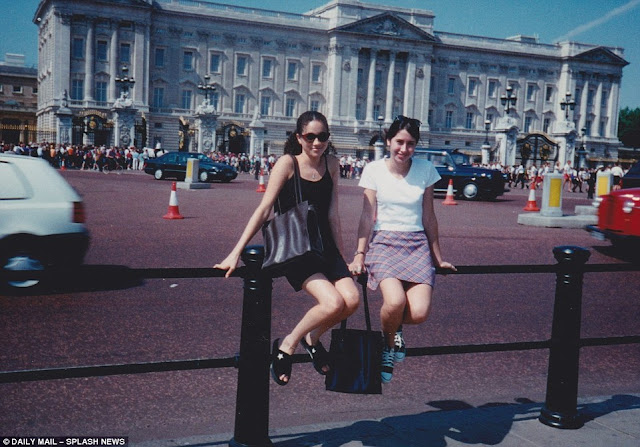 Cardi B stuns for ‘Money’ video

Chris Brown is obsessed with his daughter so much that he...

Janet Jackson and her husband spotted on the streets of London

Will and Jada Pinkett heading for divorce?