An assassination attempt on Angela Merkel, German Chancellor and the third most powerful person in the world according to Forbes, was foiled in Prague, Czech Republic on Thursday by police and security officials during her official visit to the nation.
A man driving a black Mercedes, “attempted to join the motorcade as it moved between Prague airport and Czech government headquarters” as Merkel arrived the country to hold talks with Czech Prime Minister Bohuslav Sobotka. 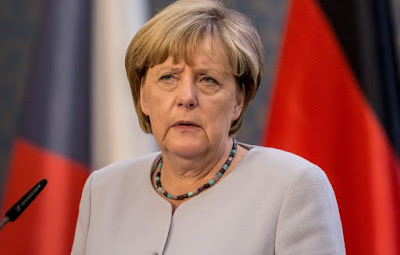 Czech police arrested the man who tried to “run down police” and police spokesman Jozef Bocan said the suspect was in custody.
Bocan added that Merkel “had not been in danger” and confirmed officers had to use firearms to subdue the suspect.
He said: “While attempting to join the motorcade, he tried to run down police securing the road.
“The suspect acted alone. He was not armed, but items found in the car could easily have been used as weapons, particularly some cement cubes.” according to quotes from German newspaper Bild.
On Thursday, hundreds of protesters, including members of anti-Islam groups, rallied in central Prague to protest against Merkel with some labeling her as the ‘next Hitler’ after she decided to open the EU’s doors to refugees and migrants last summer.

Rihanna stuns at her Puma collection debut in NYC

Amber Roses says she doesn’t her son want involved in all...

Man who broke his daughter’s limb sentenced to jail

“If the Met Gala was Islam or Jewish-themed, all hell would...

School teacher ‘blames school for her having sex with teen student’