Regional legislative deputy in Russia, Oksana Bobrovskaya, 30, died alongside her former military special services husband Nikita as a result of an explosion in their family Toyota RAV-4. The couple had a four year daughter who was not in the car, and is safe, but is now an orphan
Witnesses said the mangled bodies were in the backseat of their car after the 10.50 pm explosion on Thursday, and that both were partially undressed when they were removed from the vehicle. 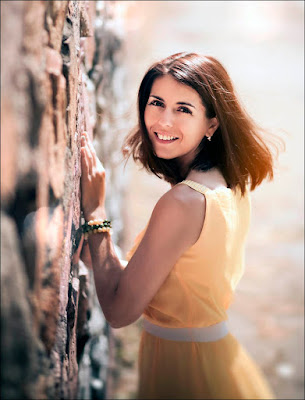 It was suggested that the couple may have been making out in their parked car close to her workplace when the explosion occurred, but police were discounting this theory. A law enforcement source said that judging by the severity of their injuries, Nikita himself may have unleashed the explosive, allegedly a grenade. 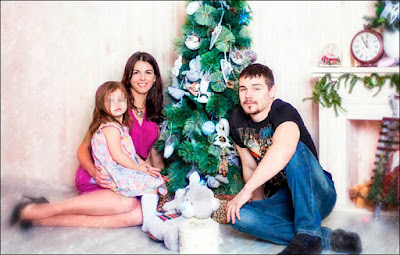 Other accounts suggested the explosives could have been planted inside or under the vehicle. There is no official confirmation of these versions. However, Nikita who was jobless had accused his wife of cheating, according to local reports which could not be verified.

It was also claimed that their relationship had become strained since the wife became the sole breadwinner. She worked as a lawmaker and also as a deputy general director of Diskus Plus company, one of Novosibirsk city’s largest construction firms.

The car was parked close to the company’s office when the couple were killed. 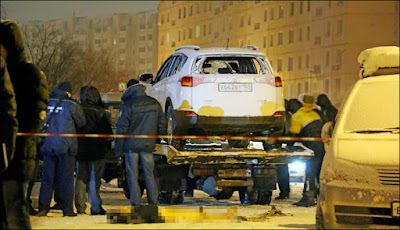 A source told one newspaper:

‘There is a version that he held in his hands a kind of grenade, or a piece of TNT,’ . The couple ‘had a conflict’ during which ‘the explosives detonated, their faces are disfigured’, it was claimed before police had a chance to make a forensic analysis of the vehicle or interview the couple’s friends and colleagues.

Neighbours who rushed to the scene said that when the bodies were removed, both the deputy and her husband were naked below the waist. 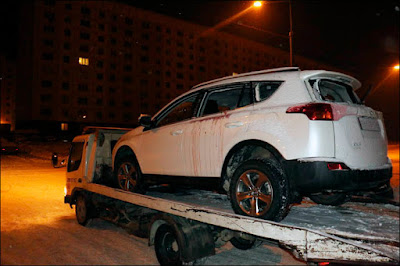 Vitaly Latypov, head of the investigation department of Oktyabrsky district, said a ‘common grenade’ caused the explosion. It ‘broke all windows except the windshield, which was only slightly damaged’.
Another version studied by investigators is that the deputy’s husband was the sole intended victim. ‘We are checking all the versions, including this,’ said a law enforcement source.

Swizz Beats and Alicia Keys produced some of the tracks on...

54 year old woman falls for her young lover’s brother after...

30 people killed and 50 injured as gunmen attacks a hospital...

Khloe Kardashian is not back with French Montana

Nick Cannon is now convinced Kanye West has been cloned after...

Police officer in court over extortion