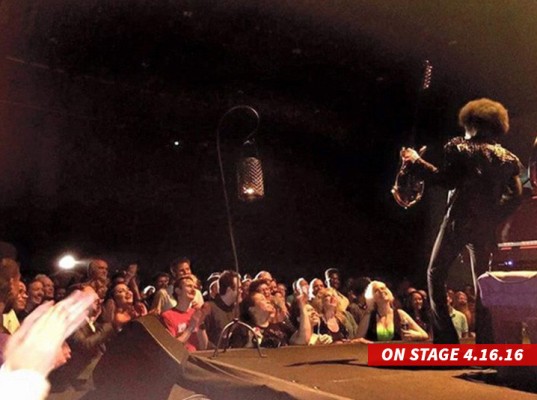 Prince had a medical emergency on April 15th that forced his private jet to make an emergency landing in Illinois. He was hospitalized briefly after the incident but appeared at a concert the next day on April 16th (pictured above) where he assured his fans that he was okay. Prior to then, he had canceled two shows due to health problems. His people told TMZ that he had been battling a bad bout of flu.

May his soul rest in peace, amen.

“I’m ready to tell everybody everything!” Ray Jay on his sex...

Ben Carson accepts to serve as Secretary of Department of Housing...

Chloe Mortez hit back on Khloe Kardashian after she referred to...

Kenyan president’s PA chased away by US security as he posed...