A woman suspected of trafficking women and children nearly strolled right through the doors of a hospital with a stolen baby.
Fortunately, the child’s grandmother walked in at exactly the right moment to stop the kidnapper.
As the Daily Mail reports, security video shows the baby-snatcher, known as “Su”, as she strolls through the corridors of a hospital in Southwest China.
Dressed in a stolen nurse’s uniform, Su enters the postnatal ward and, after noticing that the infants were briefly unattended —pushes one of them out the door in his bassinet. 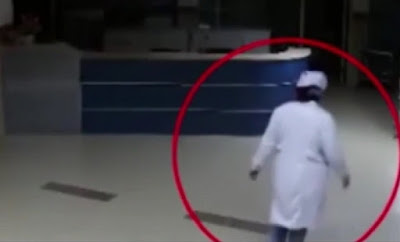 Su walks quickly with the baby and nearly makes it to the elevator when the newborn’s grandmother sees them and stops to talk. The kidnapper’s nervous demeanor must have triggered Grandma’s suspicions, and as Su walks away with the baby, Grandma follows them into the elevator.

Once in the elevator, the baby’s grandmother stands guard over the infant and wheels him out as soon as she can. Left on her own, Su tried to make it to the exit, but hospital security caught up with her first. 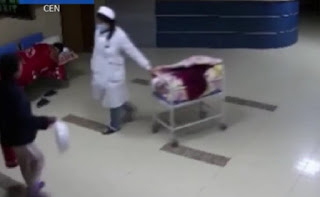 Under police questioning, Su confessed that she had stolen the nurse’s uniform from the locker room and planned to abduct the baby.
Had it not been for the quick thinking and bold action of this grandmother, the story might have had a very different and tragic ending.

Donald Trump has fired the Acting Attorney General for defying his...

Katie Holmes got millions of dollars from Tom Cruise to keeping...

Bow Wow threatens suicide and warns his friends not to call...

“It liberates us from the weight of party that have never...

American pedophile arrested in Italy after being caught having sex with...

US raper Future’s former bodyguard shot dead at his home in...