The dramatic incident took place in the Kadhimiyah neighborhood of Baghdad, Iraq and was captured by CCTV cameras and photographers present. A police officer named Saad Ali Thabit discovered and then held a would-be bomber during a routine search at the checkpoint where he was working. Immediately other people lined up at the checkpoint noticed the situation, they all ran away to protect their lives.
Nevertheless, Thabit engaged in a life-and-death struggle with the ISIS suicide bomber and successfully restrained him. He somehow found time to pose for a picture while holding the jihadi’s arms up to stop him triggering his bomb and killing dozens of people. As he pressed him against the wall, his colleagues ripped off the militant’s clothes to reveal the homemade explosive belt and cut it off him. He then forced the radical to the ground and tied his hands behind his back. See more photos 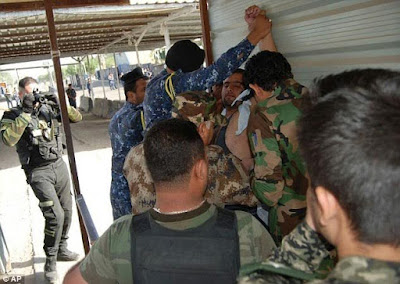 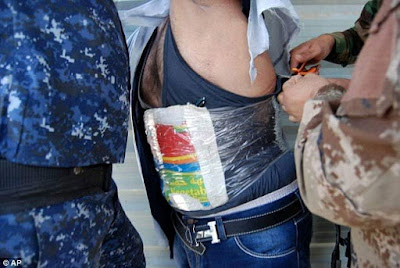 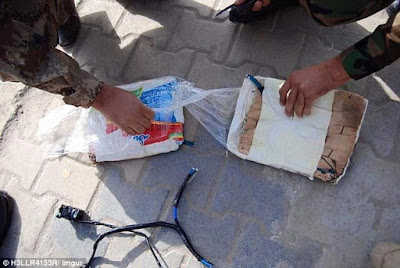 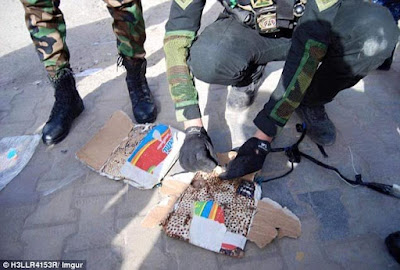 Let’s Build a Traditional City and Make a Profit

Lady strips down in public after boyfriend refuses to buy her...

Oscar nominees meets at the Beverly Hill for the annual Oscar...

Woman who left her 3-month-old baby to die while she had...

Kylie Jenner tired of lip injections, now going back to her...

Zimbabwean involved in the O R Tambo Airport robbery have 14...

Muslim woman forced to remove her head cover at a beach...