Transgender actress Alexis Arquette lashed out at Will and Jada Pinkett Smith in a Facebook post the day after Jada said she was boycotting the Oscars calling them gay hypocrites.
Will’s first marriage to Sheree Zampino ended in divorce in 1995 and he married Jada two years later.
Medina is a powerful Hollywood manager who has worked with stars including Jennifer Lopez and Tyra Banks. She wrote…….
‘When Jada comes out as Gay and her beard husband admits his first marriage ended when she walked in to him **** servicing his Sugar Daddy Benny Medina ..then I will listen to them,’ writes Arquette. 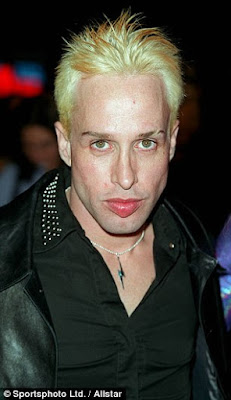 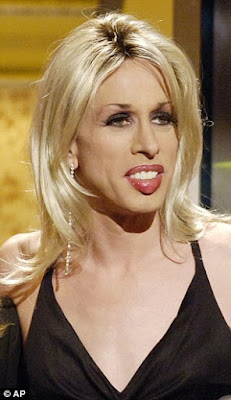 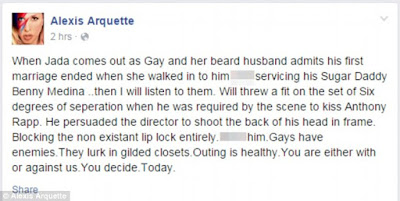 Arquette later added in the comment section; ‘”She” being his FIRST wife. Paid off, silent.’
The post has since been taken down.
Born Robert Arquette, Alexis transitioned publicly to Alexis and even made a documentary about the experience. She is known for roles like that of a drag queen in the Adam Sandler film The Wedding Singer.

Barack Obama called for jury duty in Illinois and he plans...

Actress Kate Beckinsale and Lens Wiseman have seperated after 11 years...