Tara Hudson has been living as a woman for six years, but back in October she was sent to a men’s prison over an assault charge. The 26-year-old transgender woman was jailed for 12 weeks after she was convicted of headbutting a bar manager last year. During her first week in the prison Hudson was faced with endless abuse from other prisoners.
Tara told Metro.co.uk:
“When I walked into the prison, it was like a cat with five legs had entered the building.”
“They would call me ‘chick with a d***,’ ‘trannie,’ ‘shim’ (she/him) or ‘hybrid’ and shout that the ‘Lady Boys of Bangkok’ were in town. I even heard one say, ‘It should be shot.’” Hudson said she was scared for her life around the other prisoners. According to Metro, she was forced to flash the inmates because she was scared of getting raped.
“Most of them were really excited. Everyone thought I was an ordinary woman and they hadn’t seen one in a long time. It was all very sexual – they were very sexually excited.” 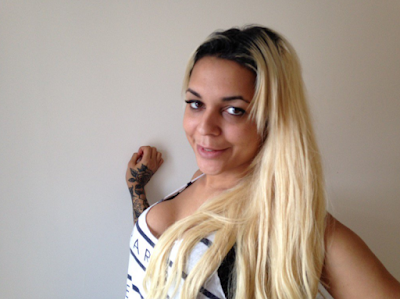 Luckily for her, a petition was started to have her moved to a female prison. It gathered over 140,000 signatures, according to the BBC.
After a week, Hudson was moved to a women’s prison.
Two transgender women in England recently hanged themselves over the fear of male prisons. Vikki Thompson, 21, was found dead in HMP Leeds after saying she would commit suicide if she was sent there, and 38-year-old Joanne Latham hanged herself at HMP Woodhill

Check the body on this transgender woman

Transgender comes for Will and Jada Pinkett Smith, calling them a hypocrite gay couple

Very graphic-Woman rushed to the hospital after her butt exploded after...

France imposes sanctions on 18 Saudis citizens over the death of...

Diddy in custody after fight with football coach in UCLA

Transgender Amiyah Scott’s photos when she was a man