U.S presidential candidates Donald Trump and Hillary Clinton traded blows in Sunday night’s presidential debate.
In the debate, Donald Trump dismissed his predatory remarks about groping women as “locker room talk,” and took a swipe at Hillary Clinton’s husband Bill over past sexual misconduct in a fiery second US presidential debate on Sunday. They both talked about so many things ranging from taxation, Islamophobia, appointment of judges, terrorism, mining and so many other issues. Of course Twitter reacted. 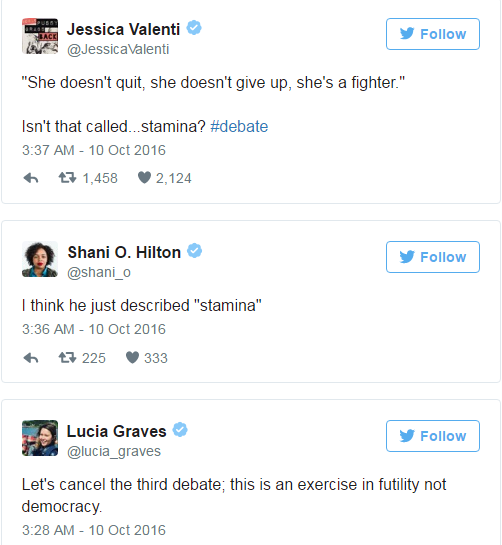 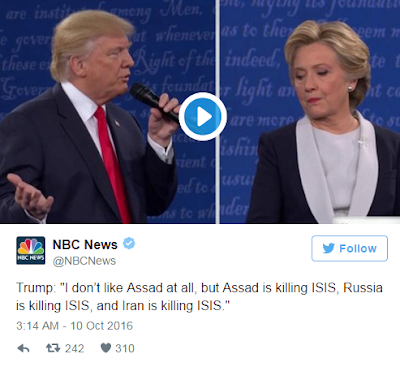 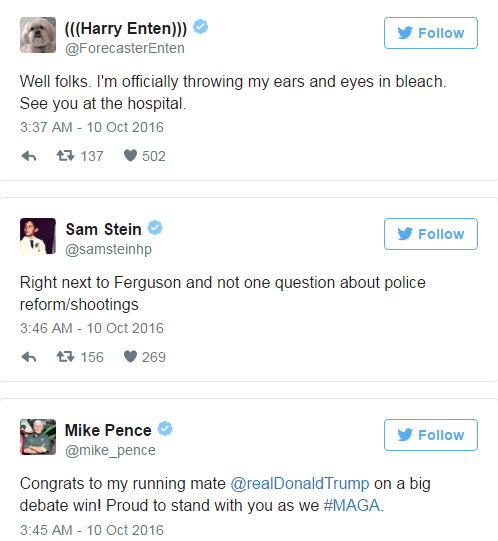 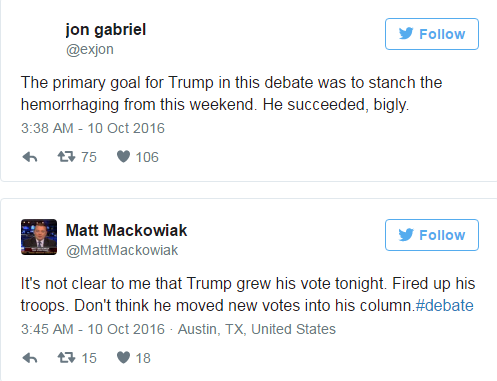 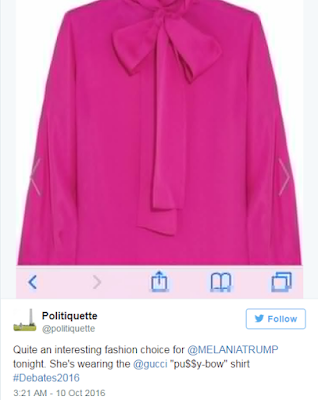 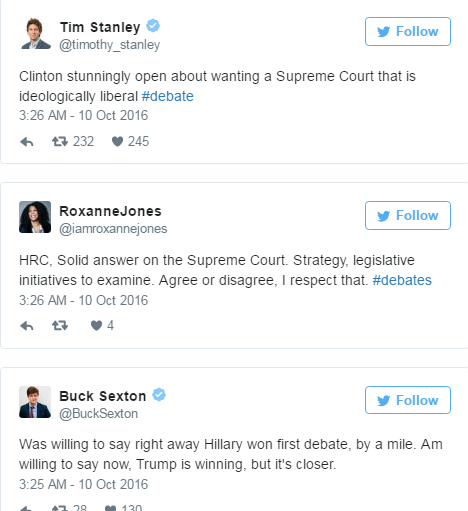 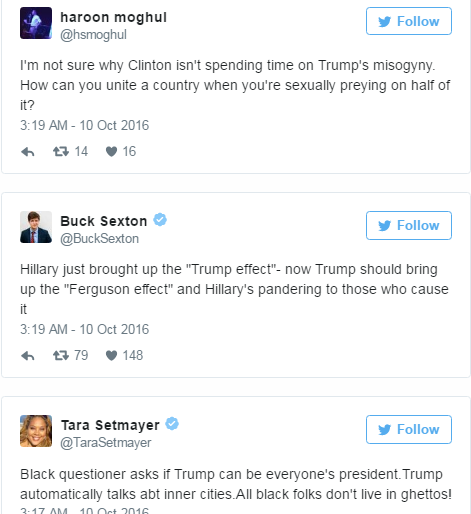 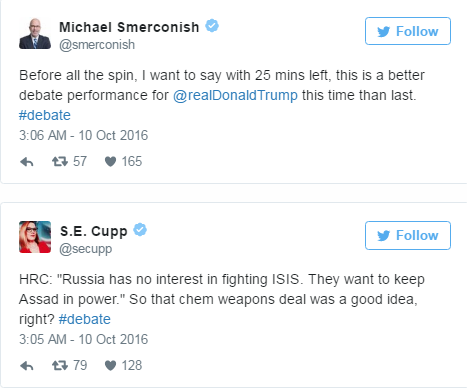 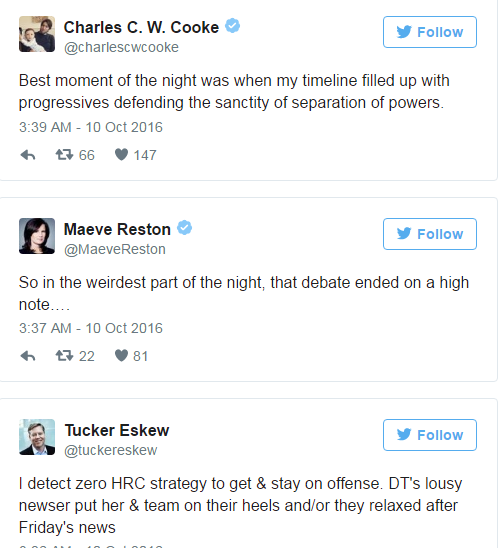 Chad President Idriss Deby to run for office for the 5th...

Tamara Ecclestone’s hits back on those criticising her breastfeeding photo

Jamaica to open ATMs’ in airports so tourists can get hold...