Two 15-year-old girls died Friday in a shooting at a suburban Phoenix high school that initially caused panic among parents who could not reach their children but later emerged as a murder-suicide.
However, officers did not reveal any details of what the note said, and did not discuss what they believe the motivation for the killings may have been.
Officers also refused to name the pair, though school teacher Phong Kieu earlier named one of the victims as her sister, May Kieu. 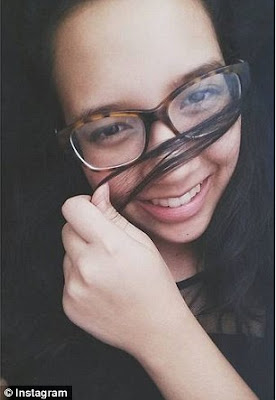 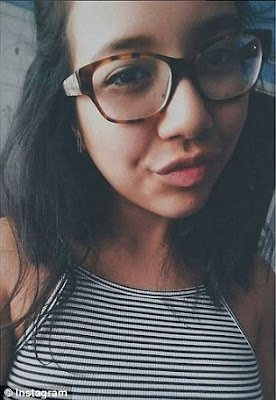 Phong, who teaches science at the school, told ABC 15 she put on the news in her classroom after hearing about the shooting.

‘My students were on their phones and were friends with her. And one of the students said it was May and her friend.

‘That’s when I called attendance and I asked for my sister’s schedule. They put me on hold for 10 minutes and that’s when I knew something was wrong.

‘I was escorted from my classroom with one of the vice principals. He held my hand and told me we had to go upstairs. I walked up and I walked past so many people looking at me and they knew what happened.

‘That’s when they told me. My sister’s gone. They confirmed it and she’s not coming back.’ 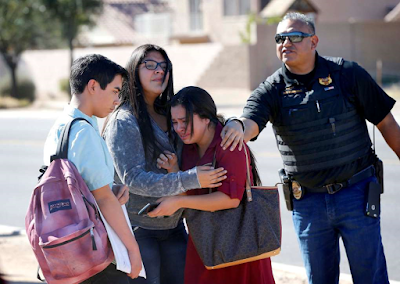 Police announced that a suicide note was found at the shooting scene near the cafeteria area of Independence High School in Glendale. They said the girls each were shot once, were declared dead at the scene and a weapon was found near the bodies.

“Information gathered by detectives reveal the two girls were very close friends, appeared to also be in a relationship,” Glendale police spokeswoman Tracey Breeden said in a statement Friday afternoon.

Breeden said it is believed nobody witnessed the shooting.
Both teens have been identified, but Breeden said “their names will not be confirmed or released at this time by the police department due to their juvenile status.”
Hours before the lockdown of the school was lifted, hundreds of worried parents crowded the parking lots of nearby discount and convenience stores. 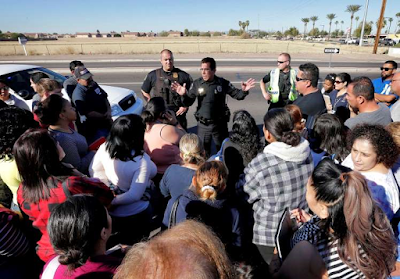 Parents were bused to the school to be reunited with their children. Some cut through a nearby field as they rushed toward their kids in emotional reunions. Other students who got permission from their parents left campus on their own.

The Glendale Union High School District alerted parents to the shooting through emails and automatic phone calls and released information on social media, Superintendent Brian Capistran said.
Students typically are not allowed to use their cellphones during lockdowns, but as calls from parents flooded the district, officials asked teachers to have students call family, Capistran said.

Social workers and counselors will be available to students and staff when school resumes Tuesday, the superintendent said.
Minnie Kramer, mother of a 15-year-old student, said she rushed out of work when she got a text from her son right after the shooting, telling her that he was OK.

Man cuts off his own penis after being rejected by women

Is Kylie Jenner back with together with Tyga?

An Indian father arrested for forcebly tying daughter on his motorcycle...

Kylie Jenner is getting there! She posted photos of her butt...

Girl shot in the head in a drive-by shooting