Two South African farmers, Willem Oosthuizen and Theo Martins who filmed themselves forcing a black man into a coffin and threatening to burn him alive, were jailed 16 and 19 years .
Oosthuizen and Jackson, both white farmers shifted nervously in the dock, as the judge handed over their sentences. Female family members wept in the public gallery.
They had pleaded not guilty over the incident last year in the eastern province of Mpumalanga, saying they only intended to scare Victor Mlotshwa whom they accused of stealing copper cables from their farm.
They were convicted on August 25 of attempted murder as well as kidnap, intimidation and assault with intent to do grievous bodily harm.

Oosthuizen was sentenced to a 16-year term with five years suspended, while Jackson was jailed for 19 years, five years of which was also suspended.

The judge added that it was not the first time that the men had forced someone into a coffin against their will, saying their behaviour “raised and fuelled racial tension” in South Africa 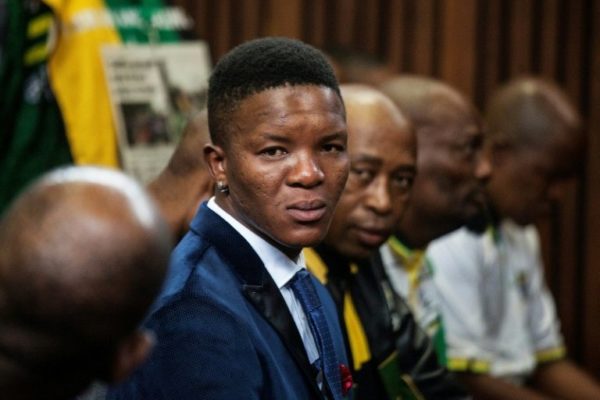 Mlotshwa, who sat directly behind the families of the convicted men, smiled following the sentencing.

Mlotshwa said he was walking to the town of Middelburg to buy provisions for his mother and had decided to use a short cut when the two men spotted him.

Chris Brown mocks the fan who sued him for his never...