The United Nations Security Council has condemned Iranian attacks on the Saudi Arabian embassy after Saudi Arabia angered the Iranian government by executing a Shiite cleric some days back.
Demonstrators in Iran descended upon the Saudi embassy in Tehran and the consulate in Mashhad.  and set it on fire after Riyadh executed 47 men including Shiite cleric Nimr al-Nimr. 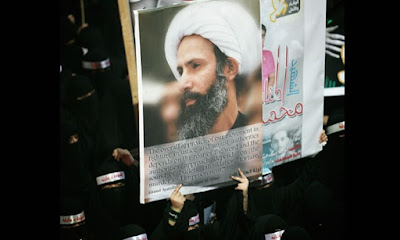 The statement by the 15-member U.N Security council, which called on Iran to protect diplomatic personnel and property, made no mention of the execution of Sheikh Nimr al-Nimr. 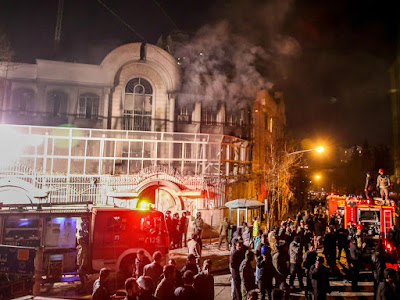 The statement read in part:

“The members of the Security Council condemned in the strongest terms the attacks against the Kingdom of Saudi Arabia’s embassy in Tehran, and its Consulate General in Mashhad in the Islamic Republic of Iran, which resulted in intrusions into the diplomatic and consular premises, causing serious damage,” said the council statement.U.S. Secretary of State John Kerry reached out to both the Saudi and Iranian foreign ministers to calm tensions.

“We are urging all sides to show some restraint and to not further inflame tensions that are on quite vivid display in the region,” he said Monday in a briefing with reporters.

“We want to give title deeds so that you access loans and be productive.” Tsvangirai to war vets

Fashionable Amal Clooney attends the UN to give a speech in...

Knife welding man slashes students at a school in China

Surveillance video shows Kenneka Jenkins walking into freezer own her own

Former US First Lady Nancy Reagan dies at the age of...