A cow is seen  charging  towards two men in a bid to stop them from stabbing a young girl to death.The girl, named as Seema Gujjar, was stabbed multiple times and killed in Gwalior, India, in what was believed to be an ‘honour killing’.

In the 26-second video clip uploaded on Liveeak, the cow becomes angry after it saw the men and tried to prevent the dreadful attack from continuing by immediately pouncing on the pair.
It knocked them both to the ground and a parked motorbike fell over as the protective animal tried to force the men to flee the scene.The youngster managed to run from the scene, but tragically collapsed and later died. 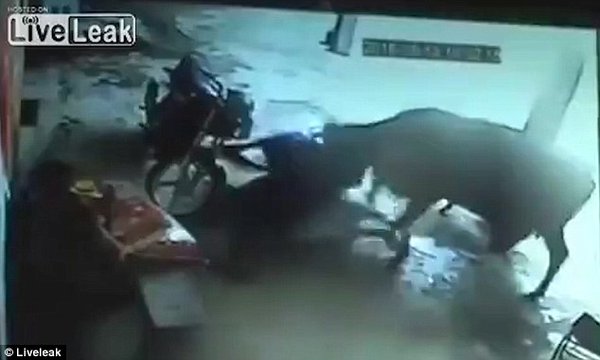 Her father, Kalyan Singh, and her uncle Lakhan Singh, allegedly carried out the attack after Seema was believed to have angered them by running off with a 22-year-old man known as Sonu in January. 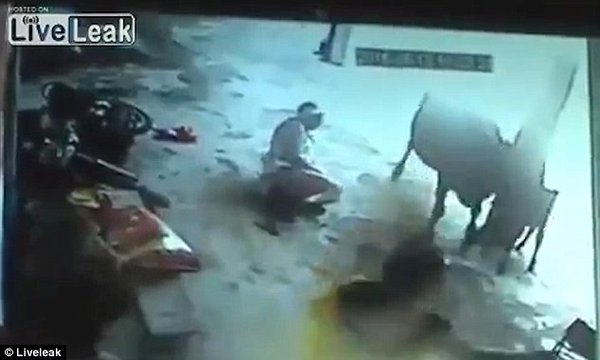 Police said one of the attackers was injured following the cow’s attempt to save the youngster, according to the Hindustan Times.

Officers confirmed the girl had escaped to a women’s shelter before the fatal attack and added that Sonu had been arrested and charged with engaging in a relationship with a minor. 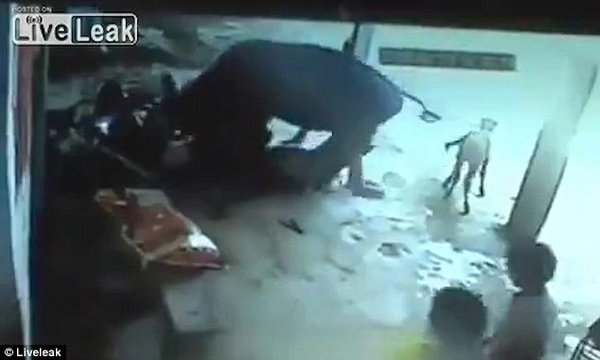 Irv Gotti’s girl says she was hacked, and the man she...

Kim Kardashian wannabe has spent £100K on surgeries in a bid...

7 terror suspects arrest for plotting to kill the King Of...

eBay founder to donate daily income for 12 to poor villagers...

Tsvangirai trashes getting in bed with Mugabe for the second time