Offset’s side chick, Summer Bunni, who people blame for Offset and Cardi B’s separation, has exposed some intimate details about Cardi and Offset’s life.

According to Summer Bunni, she and Cuban Doll aren’t the only people who had an affair with Offset while he was married to Cardi B.

Summer says Cardi B’s best friend, Star Brim, also had sex with Offset before she went off to jail.

Star Brim and Cardi are very close and Cardi has constantly made it clear that she will fight anyone for Star, who is currently in prison on credit card fraud charges. 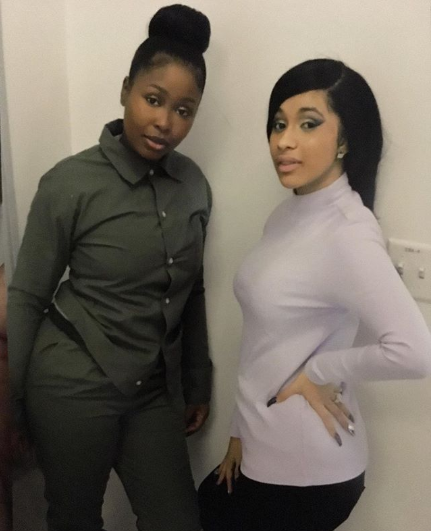 Cardi B visiting Star in jail

But, Summer is now claiming that Star wasn’t as loyal a friend to Cardi as Cardi has been to her.

Cardi has been known to go after women who had extramarital affairs with Offset. Now, people are wondering if she will fight her best friend when she comes out of jail in 2019. 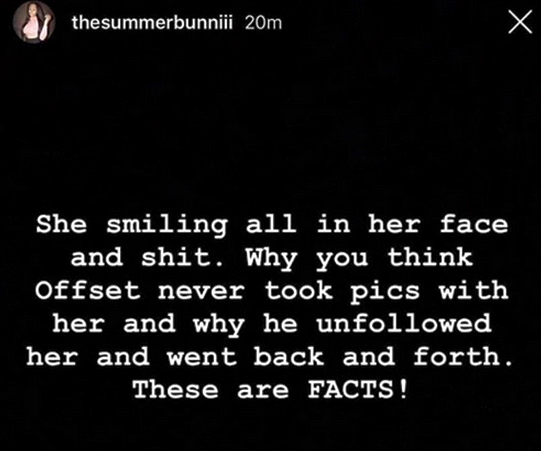 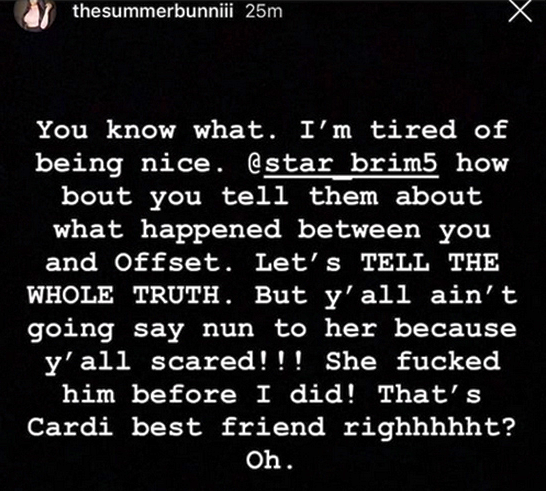 Karrueche Tran gets a massage at the beach in Miami

August Alsina smooches a female fan on stage and people are...

Man to be executed for crime he committed when 14

Kim Kardashian Replies Troll Who Called Her Self Absorbed

14 Zimbabweans have died in a car accident in South Africa

Alice Walton of Walmart tops the richest women in the world

Gang member with a messed up face with Gucci tattoos ...

Burglar calls 911 after getting stuck in a chimney while trying...