A brazen woman emerged from a tanning salon naked before nonchalantly walking through a town centre and driving off.
Wearing nothing but her birthday suit, the shameless woman appeared to be barely phased by stunned onlookers as she strolled though the streets of Newquay, Corwall.
The woman, in her 40s, left nothing to the imagination .It is not known why the woman, who was carrying a towel, thought better of covering her modesty for the two minute walk to her vehicle.
Amy Martin, 36, of Newquay, said she seemed oblivious to all the fuss she was creating. 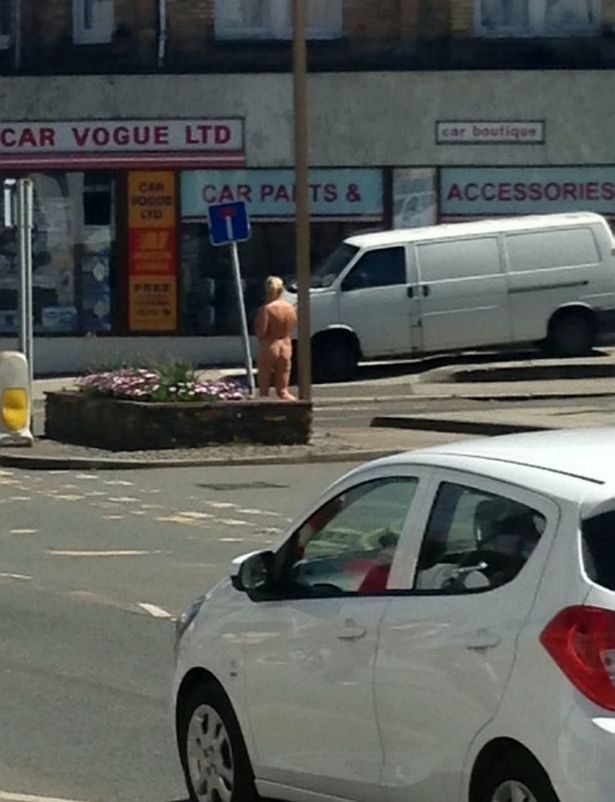 Amy spotted her outside her workplace at Burger King.

She said: “It was about 12noon on Sunday and I was outside work when I saw this woman walk down the street.
“At first I thought she was wearing a flesh coloured wet suit but then I saw her bum.
“I could not believe it. She was just casually walking down the street with a towel under her arm, crossed the road, got into a yellow car and then drove off.” 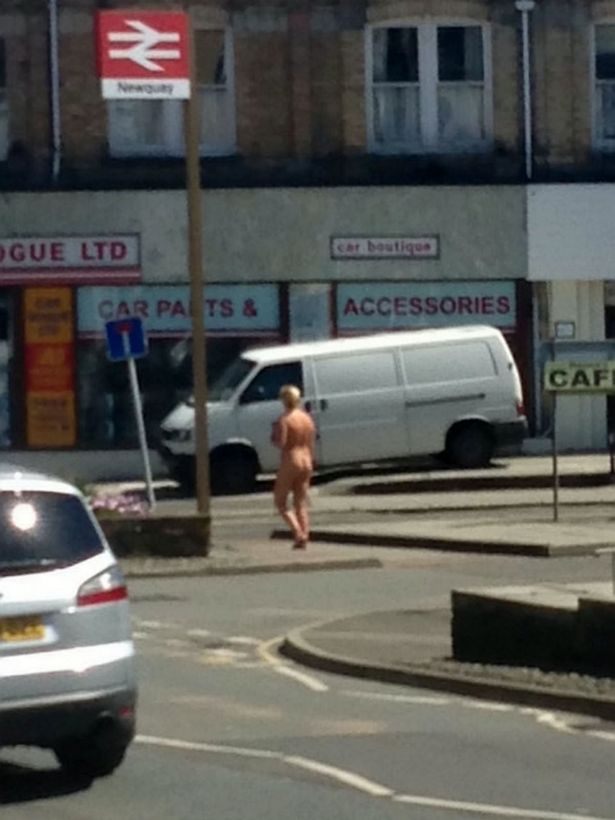 Amy says she later spoke to the owner of a nearby tanning salon who revealed the woman had just been in there.She was in her mid 40s I reckon and was walking down the road, like she had just done her shopping in Aldi.

“I could understand if it was a stag do or a man as you see that all the time in Newquay. But you don’t usually see a middle-aged woman naked as a jaybird.
“I just happened to have my phone on me and took pictures as I just could not believe it.
“The whole street stopped in shock.
“Everyone stopped still and were all looking. She just carried on and it was like she was oblivious to it all.”

Cristiano Ronaldo dresses up as a homeless man & pranks Madrid...

September 23,The end of the world according to Christian numerologists

Saudi Arabia women now have rights to a copy of their...